Walt Whitman in Brooklyn: Reporting and “Leaves of Grass” 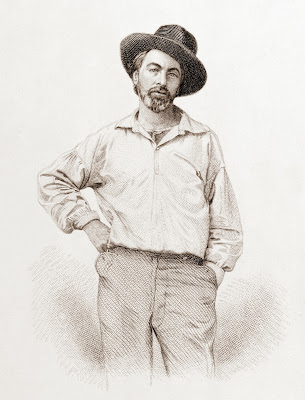 When we read a poem, or a collection of poetry, we rarely make a connection to the poet’s geography, unless the poems are specifically about a place or a historical event, like Alfred Lord Tennyson’s “The Charge of the Light Brigade,” Robert Frost and New England, or Matthew Arnold’s “Dover Beach.”

When we consider Walt Whitman (1819-1892), we might think of Washington, D.C., where he worked in the hospitals during the Civil War, or perhaps Camden, New Jersey, where he spent the last days of his life. And yet if there is one location that had a powerful influence on Whitman and his poetry, it was Brooklyn, New York.

Born on Long Island, Whitman was not quite four years old in 1823 when his father moved the family to Brooklyn, where they settled in a rental house on Front Street, according to Walt Whitman: A Life by Justin Kaplan. At the time, Brooklyn was the third largest city in the United States and exploding with growth, which Whitman’s father hoped to get a piece of.

Illustration: The drawing of Whitman used in the 1855 edition of Leaves of Grass.
Posted by Glynn at 5:00 AM