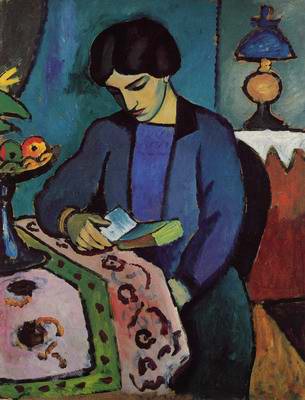 In the fall of 2014, we were in London on vacation. Knowing I had pulled a muscle in my back, I decided to ignore as best I could, and we kept going full steam ahead. Two days later, my back was about as out as out could get, and my view of London was what I could see lying flat on our hotel room floor. But a doctor with a pain shot and an assortment of meds (including Tylenol with codeine – sold over the counterin Britain at the time) finally had me walking again.

Shortly after, early one overcast morning, I took a bus to Piccadilly and the Royal Academy of Arts. I remember still feeling slightly disoriented – that feeling you get when you’ve been at home with a bad cold or recovering in a hospital and suddenly, you’re back in normal circumstances. My goal that morning with an Anselm Kiefer art exhibit at the academy. Whether it was the lingering effects of the meds or my confinement in the hotel room or the art works themselves or all of the above, I was overwhelmed by the exhibition. I wrote four poems about paintings from that exhibition: “Burning bush,” “Passing of the interior,” “Claustrophobia,” and “Legend reborn.”

Kiefer was the German artist who helped Germany begin to confront its Nazi history. He’s roughly the same generation as another German artist, Gerhard Richter. I discovered Richter via a book about a Richter painting called “September,” commissioned by the Metropolitan Museum of Art in New York to commemorate 9/11. (I’ve written two poems about that painting,  “September change” and “Afternoon at the museum,” along with a poem, entitled “Broken Hallelujahs,” about another painting of his.)

All of which is to say that there’s a new movie based on Richter’s early years, “Never Look Away.” You can read the story by Linda Yablonsky at The Art Newspaper.

The Mud on My Boots – Doug Spurling at Spurling Silver.

I Felt the Sun Today – Brianna Lambert at Looking to the Harvest.

Listening to the Bible with David Suchet – Michael DeSapio at The Imaginative Conservative.

Thomas Merton: The Monk who Became a Prophet – Alan Jacobs at The New Yorker.

Where Did All This Pentecostalism Come From? – Tim Challies.

In China, they’re closing churches, jailing pastors – and even rewriting scripture – Lily Kuo at The Guardian.

The Danger of Politicized Pastors – Thomas Kidd at The Gospel Coalition.

Forget Tim Tebow for a moment: Why not chase a religion ghost or two linked to his fiancée? – Terry Mattingly at Get Religion.

Write to Discover the Courage You Need to Confront Your Fears – Ann Kroeker.

What Groucho Marx Can Teach Us About Liberal Education – Jon Schaff at Front Porch Republic.

Looking for a Dream – Gustavo Medina