“Hunted” and “Chopped” by Alison Golden 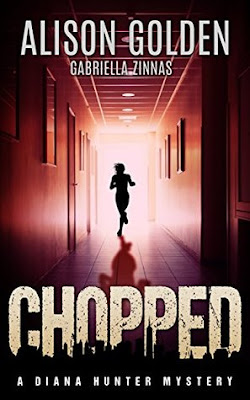 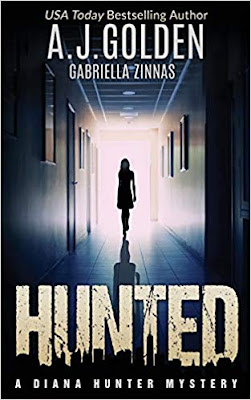 Diana Hunter is something of a brain. Entering college at 16, she’s less interested in dating and far more interested in computers and science. Her mother works at a hospital and her father is a police detective for the Vancouver Police Department. Her father tends to be over-protective of his daughter.

In Hunted, the prequel for the Diana Hunter suspense series by Alison Golden, Diane’s life turns upside down in a matter of a few months. Her mother commits suicide at work; at least, that’s what the police investigation determines. There’s even a suicide note. Her father gradually comes to understand that this was no suicide, and he and a colleague quietly begin to investigate on their own. Soon they are booth killed in a shootout; the assailants are unknown. This story provides the background for what happens in the next several books in the series – and why Diana became involved in law enforcement.

Chopped is three stories down the road from Hunted. Several years have passed; Diana has moved from the Canadian Security Intelligence Service (CSIS) to the Vancouver Police Department, where she works as a consultant. She’s partnered with detective Peter Hopkinson, and despite her longstanding commitment to no romantic involvement with colleagues, she’s finding herself increasingly attracted.

Hunter and Hopkinson are called to a murder scene. A headless dead body has been found and a surgical mask is in the victim’s pocket. The missing head is not a sign, but the surgical mask certainly is. Hunter’s old nemesis the Surgeon has resurfaced, and it looks like he’s up to old tricks, including targeting of Hunter herself. The crime has links into international terrorism and a possible assassination plot. Hunter figures the only way to smoke out the Surgeon is to use herself as bait. It works.

Golden has three mystery and suspense series involving signature detectives. The Diana Hunter series is set in Vancouver; the series includes Hunted, Snatched, Stolen, Chopped, and Exposed. The Rev. Annabelle Dixon series is set in Cornwall. And the Inspector David Graham series is set on Jersey, one of the Channel Islands. The last two are officially “cozy mysteries,” which translates as minimal violence and any romantic interest will not involve graphic sex.

Things happen in the Diana Hunter series – and fast. The stories are action-packed, sometimes so action-packed that close reading is required to keep track of everything. But they’re highly entertaining suspense stories, with a very self-sufficient woman detective at the center.

Three Cozy Mysteries by Alison Golden.
Posted by Glynn at 5:00 AM