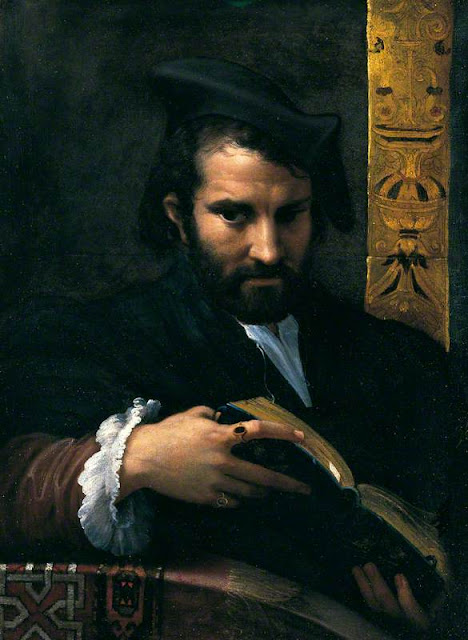 Andrew Socher was a professor at Oberlin College in Ohio for 18 years. He went back to return a more-than-slightly-overdue library book and discovered what happened during the Gibson’s Bakery controversy. It is an ugly picture of college administrators in the grip of progressive zeitgeist. Read O Oberlin, My Oberlin.

Art can always be interpreted politically, if we find enough things to read into it, even if the things aren’t there. But rarely has it been organized and managed in museums to fit a specific ideological perspective. The International Council on Museums wants to change that, with a “new definition” of what a museum should be, to include language about “social justice, global equality, and planetary wellbeing.” The new definition will be voted upon in September. Perhaps council representatives should read Art News this week, with a story on how museums and art were once “re-envisioned” – Hitler’s Silver Hammer: Inside the Rise of the Nazis’ ‘Church’ for Art. The impulse toward totalitarianism is the same, whether it comes from the left or the right.

Last week, I cited a link about the growth of “news deserts” – the growing number of towns and cities without a functioning newspaper. A different kind of news desert occurred this week. Rod Dreher at The American Conservative is a conservative; he’s also no fan of President Trump. He first questioned what was going on at The New York Times after Slate leaked a transcript of a NYT town hall. Then he followed up by doing what I’d been expecting for some time – he canceled his subscription. And the reason: the Times has abandoned any notion of professional journalism standards. It’s now going to consciously and deliberately be all about the chosen narrative. The New York Times! I suppose we can at least be thankful that the Times has dropped the pretense. However, the Times is also developing a 1619 curriculum for use in schools, and the promotion for it has already started.

The Power over Christian Publishing We’ve Given to Amazon – Tim Challies.

Off to College – Andree Seu Peterson at World Magazine.

True story – Kathleen Everett at The Course of Our Seasons.

The Devil at Woodstock – Daniel Leach at The Imaginative Conservative.

Closed – Kelly Belmonte at All Nine.

What Happened Then – Paul Mariani via D.S. Martin at Kingdom Poets.

The Great Land Robbery – Vann Newkirk II at The Atlantic.

“Where’ll I find the Crater?” A Visit to Petersburg in 1881 – John Banks Civil War Blog.

A Suspense Novelist’s Trail of Deceptions – Ian Parker at The New Yorker.

5 Things to Do Before Hiring a Freelance Editor – Rachelle Gardner, Literary Agent.