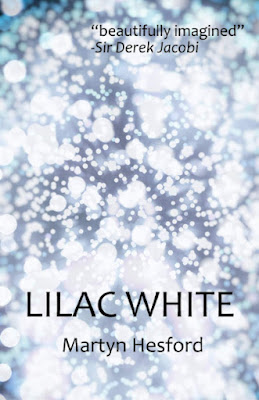 In 2013, I went to an exhibition of the paintings of L.S. Lowry (1887-1976) at the Tate Britain. I’d never heard of the painter, but the promotional materials were sufficient to inspire a visit. His paintings were almost entirely of a small industry city in Lancashire, where he lived for 40 years. In 2019, a movie about his life, Mrs Lowry and Her Son, was released, starring Timothy Spall and Vanessa Redgrave. Spall had previously starred in a movie, Mr Turner, about another British painter, J.M.W. Turner.

Watching Mrs Lowry and Son was like walking through that Lowry exhibition at the Tate. So many of the scenes in the movie seemed to recreate the paintings. The screenplay was written by Martyn Hesford. Hesford was once an actor, having studied at the Guildhall School of Music and Drama and London. He worked for 10 years as an actor, playing roles at a number of theater productions and television programs and movies. And then he wrote a screenplay – his first – for A Small Mourning. The screenplay won the Radio Times Drama Award, and Hesford left acting and turned to writing screenplays and scripts full time.

Hesford has now published Lilac White, his first collection of poetry.
To continue reading, please see my post today at Tweetspeak Poetry.
Posted by Glynn at 5:00 AM