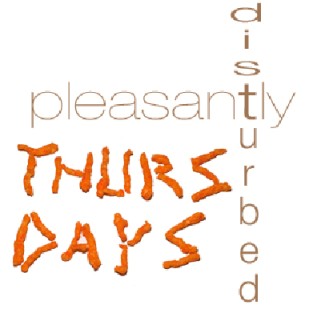 
In the past several days, I’ve used a lot of blog space for poetry: “Broken Things,” “An Arc from LaGuardia” and “It All Looks Different” (posted together as 2 Poems Written on an Airplane), “The Fires of Two Lifetimes,” which I posted for the One Stop Poetry page, and “I Didn’t Know the Man,” included at the end of I Fix Mess, which I posted yesterday.

The five poems, along with one additional poem I haven’t posted yet, have a common heritage – they were all written as I recently waited on an airplane delayed for takeoff at LaGuardia Airport in New York or after we were finally airborne. I wrote them by hand in a journal I had with me; even if I had wanted to use my laptop, the plane was so packed that it would have made both me and my neighboring passenger uncomfortable. So I wrote them by hand and then edited them in the ensuing days.

Speaking of One Stop Poetry, you should check it out. When I last looked late last night, there were 70 poems linked from the site.

Duane and a few others have been after me to check out WordPress for my blogging platform, and just as I started to, Blogger send me an email asking if I’d like to be part of their new beta version. So I did, and first changed the blog's design. What’s cooler is that the beta version ("Blogger in Draft") has a bunch of management features (the stuff you can’t see) including a built-in statistics function.

Here’s what the stats told me:

The five most visited posts (in descending order) for the month of July:
What surprised me was that two of the five posts were poems. What didn’t surprise me was L.L. Barkat’s guest post – she brings a loyal following along with her.

One odd thing – in the Top 10 list was a review I wrote of Wendell Berry’s collection of short stories, That Distant Land. The review was posted in April but somehow garnered a fair bit of traffic in July.

And the people visiting my blog are largely from the United States (no surprise), followed by Canada, South Korea, Germany and Australia.

One thing the statistics won’t show is my own favorite post of the month – the poem “Jacob’s Blessing.”

I'm with Blogger, too. I haven't made the switch. I suspect it would take considerable time -- which I'd rather put into learning to write better.

I keep my blog simple. Originally, I spent a lot of time considering my design, and that has paid off. For stats, I use Blogger analytics, but rarely consult them now, because I've decided they don't tell me very much. The comments are a better indicator of the impact of my posts.

However, my sidebar is getting cluttered lately. I looked at “Value Your Blog Real Estate” by ChrisBrogan (http://ow.ly/2leHi) last night. His design is so clean, so pared down. I'm not trying to be like him, but it made me think some more.

What I really like about Wordpress blogs is the way the host can reply to individual comments. Do you know if Blogger has anything like that?

I made the switch from blogger to wp in january. It is way simple.

Jacob's Blessing was a favorite of mine, too ...

sounds interesting - and i also am still with blogger - but have to admit that wordpress seems to have some interesting features blogger doesn't have - direct replies to comments for example
...and i'm one of your german visitors...

I have one blog on Blogger and one on Wordpress--I like them both for different reasons. Wordpress's "Blogstats" really let me keep up with who likes what and their Akismet spam catcher has prevented almost 2000 spam posts.

But in a lot of ways Blogger is easier to use, and allows more functions with fewer headaches.

Needing to spend more of my time listening to the Lord and writing what He tells me, and less time on design, etc.

Glynn.. keep allowing Him to give you words in poetic form.. they're really good!

The only reason I switched to WP was because I wanted more options for displaying my photos. I love Blogger.

So you all know I switched this week. But I couldn't have done it without Peter Pollock. A well-spent $45. Not near enough for what he's done. He transferred all my posts from both my blogs so it looks like I've lived in my new home forever. Also, today I got a bunch of automatic backups in my mailbox.

Part of the reason was because I wanted to spend more time writing than in trying to keep up two blogs.

Anyway, I was scared. But now I love it.