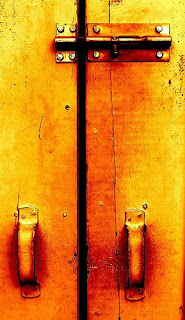 Bonnie Gray over at Faith Barista posed a “what if” challenge last week. Instead of focusing on regrets and the “what might have beens,” she challenged her readers to write down five “what ifs” and then to do one of them. The idea was to follow through on one of your possibilities and see what happened.

Bonnie personally challenged me (via Twitter) to participate, and I said I would if I could think of a “what if” to write about and do.

But there’s a problem.

I did think of examples of what ifs, but not ones that were theoretical.

Some 17 years ago (ancient history, in electronic terms), I tried for months to get the IT Department where I then worked to approve me doing an email newsletter (I told you this was ancient history). For two months I went to these weekly meetings of the “governing council” to plead my case. They wouldn’t say no, but they also wouldn’t say yes. What I was proposing, they darkly hinted, would disrupt the email network, bring the U.S. financial system to a halt and cause the collapse of Western civilization.

And then one day, on my way to yet another council meeting, I had a blinding flash of the obvious. They couldn’t stop me. Short of shutting down the email system, they couldn’t prevent me from sending out an email newsletter.

So what if I sent it out anyway?

So we started by sending out the newsletter to 100 people as a test. Within two weeks, word of mouth had pushed the distribution to 1,500. Within a month, we reached every employee who was on email, about 6,000 at the time, all by word of mouth. And we never advertised its existence. (I also didn’t tell Law or Human Resources about it either, and that eliminated the need for “review” until the newsletter was so accepted and so established that a “review” wasn’t needed.) (“Review” is the polite word for “censorship.”)

Call it a blessing or a curse, or both, but I don’t deal in what might have beens. I never have. There are plenty of mistakes I’ve made that I’ve regretted or repented, but I’ve never dwelt in the land of what might have beens. And it’s odd, too, because my introverted nature would tend to lead me in that direction.

I think I’ve flunked the “What If Challenge.”

(To see more posts on the “What If Challenge,” visit Faith Barista.)

"Door," photograph by Nancy Rosback. Used with Permission
Posted by Glynn at 10:32 PM

Glynn... love Bonnies blog and your response. What a memory bank you have.

You do have the gift of encouragement. For that you get A+

the what might have beens, i think, is probably like quick sand.
not a good place to wander in..or wonder in.

I agree about going back and recreating unless we see god's hand in a more profound way in His choice.

Now I am reminded to write my if...

No what ifs... that is great.. no regrets. Besides, it's easier to ask for forgiveness than permission. :)

I seriously need to take on a bit more of your perspective. wow. Great post.

Can't change one iota of the past anyway -- so what if becomes an exercise in futility.

you've got the art and the voice to make it rich.

I so love reading your musings on life and living.

I once read the book "Loving God with All Your Mind," and she points out that when we think about the might-have-beens, we're really disobeying the command to think on "whatsoever things are true." It was fascinating. I have been challenging myself lately with the what if's. What if I did this instead of that? But the might-have-beens? They're gone and done for and that's okay. I have a whole rich life to live right now.

I think it's possible to ask "what if" in the context of doing something in the present tense or that looks forward, because that opens into the possibility of seeing things in different ways. It's when the question is asked as a look-back, in the past tense or as a conditional, that it seems to me to become so problematical, because what's past can't be changed, it can only be examined for its lessons.

The land of regret is a bad place to live. My biggest "What if"...what if I really believe what God says about me? That is a healthy "what if".

Thanks again for your thoughts and insight.

This poem/prose here is AWARD WINNING. I am going to print this out and frame it, where I write.

You did NOT flunk the "What If" Challenge... Glynn. You soared in this challenge.

You are indeed an encourager ... and a "non-flunker!" Excellent post ...

If there is one guy in this world I would like to have coffee with, it would be you, Glynn.

Popping in from FaithBarista blog. You didn't fail the challenge. I think you explained What Ifs in a very meaningful way. What Ifs are scary, their dangerous, but they are also lessons learned.

Thanks for sharing :O)

You indeed have passed.. with flying colours of encouragement!

Another person who saw "what if" as being about regret...
I must have missed the boat because I saw it as all about challenge for the future. This is a great take on the challenge Glynn & it inspired me to look forward and not regret the past. I don't think you failed!

I wouldn't say you've flunked at all but offered an excellent perspective because what might have been's do tend to lead a person toward guilt or regret. Good post :)

If that's flunking, sign me up for failure! This was great, Glynn. Thanks for posting.

love this and love your story!

Thank you for your kind comments and tweet regarding my 'what if' on legacy and our story! I am so honored!

I love what you said about the stories you used to hear as a child. We learn so much after the fact don't we? But the blessing of a story is, that we still really have it after all these years!

Thank you! I have been trying to learn and understand my heart and soul.... I have done both what if and what might have been...You expressed my feelings better than I ever could with this.

i think, is probably like quick sand.
not a good place to wander in..or wonder in.
data entry work from home