The Bold and the Confident 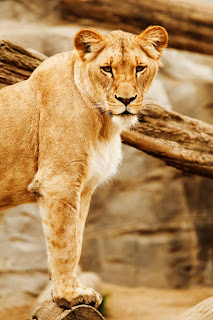 As my wife can tell you (and she knows me better than anyone else), I am something of an introvert. For whatever reasons, I grew up rather shy, rather quiet and rather definitely not an A-type personality.

For years in performance reviews, my “opportunity for improvement” was to “become more aggressive.” One boss in particular went on and on about it. (When I did get more aggressive with him, he complained, “I didn’t mean with me!”)

I suspect this has a lot to do with the middle child syndrome – my role as peacekeeper and mediator. To this day I get highly uncomfortable with conflict.

So when Bonnie Gray over at Faith Barista asked how God is calling us to be more bold or confident, as part of her ongoing blog carnival on faith, I had to think a moment. Then for more than a moment.

The short answer is, I don’t know.

But there’s a longer answer.

While the surface looks placid, a lot of things are “afoot” in my life right now. My work has changed considerably in the past three months, requiring a considerable number of split-second decisions. I’m beginning to tackle subjects that have been left alone for quite some time. I’m starting to challenge people who make statements with no evidence or facts. None of this relates directly to my faith or what I think I’m being “called” to do; it’s just part of my job, although I think of my work as part of the whole of my life, not something compartmentalized away from everything else.

Almost by accident, I discovered I was talking more openly about my faith than I realized. Pete Faur stopped by to talk; he lives in Arizona but years ago lived here in St. Louis. We shared a few war stories about some common work experiences, and then he asked me about my faith. It turns out he’s been following my blog for a while. And he wrote a blog post about our conversation.

I don’t shout about my faith; I never have. I try to live my faith, with a mostly imperfect result. To me, faith is more about who we are and how we are, and less about what we say.

And if I’m being called to do anything, it is to live my life more boldly, and live it more confidently, because I know who it is that my life is about. And it’s not me.


For more posts on the call to boldness and confidence, please visit Bonnie Gray’s Faith Barista.

Photograph: Lion’s Look by Petr Kratochvil via Public Domain Pictures. Used with permission.
Posted by Glynn at 5:00 AM

I've been an introvert all my life too, Glynn, so I understand what you are saying. Trusting Him, though, has led me that place of discomfort--to being the one who stands up to say, "Now wait a minute...I'm not sure this is right". It's not a natural place for me to be.

I agree with you also, that work is an extension of our faith. And how cool that your friend and co-worker was following your blog without your knowledge.

You have inspired me to be bold today. Thanks for that!

I could have written this post word for word about myself. I completely relate to you, Glynn, as I too aim to live my life more boldly.

In the new testament, i read often about the disciples being "filled with the Spirit and they went out boldly speaking."

I’m a middle child too, Glynn. And on the introverted side. But you’re right; that doesn’t mean passive. I want to be more bold in sharing my faith too. However that may look. I like how you put it that it’s less about what we say, more about who we are. Thanks for sharing another piece of your life with us here. It’s encouraging.

I am the youngest child. Outgoing. Friendly with a heavy does of introspection that tempers my extroversion.

And I know that speaking of my 'faith' challenges me -- because I too do not like conflict. And I do not like to make people feel uncomfortable. and more than anything -- which is something I admire and appreciate about you -- I do not like to challenge others' opinions of me.

You have taught me a great deal int he time i've been coming here -- and one of the greatest is to stand true to my beliefs. Regardless.

Well, your "boldness" about your faith has been on this blog.

All speaking is not aloud.

Perhaps, you don't recognize yourself how "courageous" you have been since it's been in writing.

You, Glynn, are a "bold" leader. This blog leads others. It does.

We come to know each other through our words we write, which, as Billy wrote in his post yesterday, should cause us to "tremble" even as we craft them. When we're bold enough to post them, we can hope they make a difference. Yours do.

My family is big, loud and will give you their opinion whether you ask for it or not. (Shocking, I know.) But I've learned that it is often the quiet people, the ones whose actions mirror their words that are well worth paying attention to. You are such a person. I have great admiration and respect for you, Glynn. For what you say, and even for the things you don't say. (If that makes sense.)

I'm an introvert as well. I have never been good at talking about my faith either. I quietly lived it. Thank you for sharing your thoughts on being more confident.

Yes, that's rich, Glynn. Nothing against those who feel called to shout from the street corners (crazies or not) -- I just know I'm not one of them.

Great post, Glynn. I'm introverted too and grew up painfully shy. The weird thing is, I'm the oldest. I find I'm very laid back on the outside and overachieving/hard-on-myself inside. Definitely an interesting dynamic to work with. :)

so, Glynn, I was wondering what you were going to share on this one! ;) ...Because I see you as already bold and confident. Thank you for sharing personally what that looks like in this season for you.

"And if I’m being called to do anything, it is to live my life more boldly, and live it more confidently, because I know who it is that my life is about."

This is an indescribable quality that can't be had simply by doing more or garnering achievement.

What a beautiful treasure you have, Glynn. Confidence that's unshakable because it is in Him.

btw, I totally laughed on this one:

"When I did get more aggressive with him, he complained, “I didn’t mean with me!”

boldness and confidence is not really like a horn blowing. actually it is a gentle and steady knowing.

the world sees it as blowing a horn.
some people know better.

*laugh* I suppose I should have stopped by and warned you about the whole thinking thing. From my perspective it's good, meaning what you wrote touched my life meaningfully. From yours? I suppose that depends on the results of the thought.

I am the oldest in our family Glynn, but I can identify with so much of your personality. I am very much the same. And my desire is the same: I really do want to live more boldly - for Him.

My favorite part: "To me, faith is more about who we are and how we are, and less about what we say."