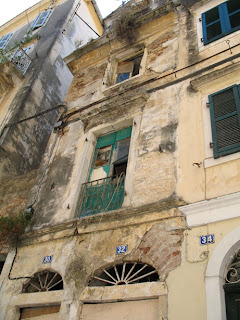 Over the weekend, the images crowded in, online and on television: U.S. Rep. Gabrielle Giffords shot at a Tucson shopping mall. Six people dead, including a nine-year-old girl born on Sept. 11, 2001.

Within minutes, it seemed, politics took over. Economist Paul Krugman, writing shortly after the shooting, connected Jared Loughner, the assailant, to Glenn Beck, Rush Limbaugh, the Tea Party and Sarah Palin. With no evidence whatsoever. A Democrat had been shot, and so he assumed someone connected to Republicans or the Tea party must have done it. The sheriff in Tucson, a personal friend of the congresswoman, rushed to a similar judgment but was less specific. The media ran with that narrative for a while, most likely because it fits with the media often seems to want to believe.

It took the FBI to start calming things down. There’s no established or suspected connection, the agency said. If anything, what little anecdotal information suggests the shooter leaned the other way politically but was clearly and emphatically messed up mentally.

Connecting others to hate is in and of itself a hate crime. And there’s no end of it.

Then there’s the state of our finances.

Our government functions with no budget. The state governments collectively do little better, and some of them – California, New York and Illinois, to cite only three – do a lot worse. And the national debt? How much do our great-grandchildren, not even born yet, owe the People’s Republic of China?

Illinois has a novel idea to solve its debt problem: borrow more. Delay the inevitable for a year or two. Maybe something will turn up. In the meantime, let’s increase the state income tax by 75 percent.

Finances: broken. The political leadership to tackle finances: paralyzed. In the meantime, one party is focused on seizing the initiative for the elections in 2012 while the other is focused on how much staff can be crammed through via executive and administrative fiat.

Finally, there are our churches, or the church. I have this idea in my head, and perhaps in my heart, that so much of what is broken today is a result, not from the nation walking away from God, but from the church not doing what it’s supposed to do, and that is to be salt and light. We’ve drunk the same Kool-Aid everyone else has. We’re more about celebrity and mega-size than we are about salt and light. We’ve embraced the tenets of business without realizing that it comes with a cost, a huge cost.

And then I remind myself what God can do with broken things. That that’s really all he’s ever had to work with on this planet – broken things. It’s through the broken things – the things that don’t matter in the eyes of this world – that he creates mighty works. And it was through a small group of broken men and a few women that an empire was eventually conquered.

My prayer is not for revival.

My prayer is not for our nation to turn back to God.

My prayer is not for our churches to be filled.

Instead, my prayer is for God to use broken things.


Peter Pollock is hosting a One Word Blog Carnival on “broken.” To see other posts, please visit Peter’s site.

Amen. Excellent Post and prayer. Thank you. God can.

I think it's important to speak out, as you do here. One can detest politics, as I do, and still speak out. We have to. It's because we speak out that things stand a chance to be changed. I believe that.

Last night I read a poem that concluded with a sense of powerlessness in the face of what happened in Tucson. But we're powerless only if we accept that as our situation. I don't. I still think there are things we can do, beginning with holding ourselves accountable for our behaviors, what we say and how we say it and to whom, and for teaching our children civility and insisting on it from those who want to associate with us; to turn off tv shows and radio shows that spew crap and violence; to refuse to accept legislators who act for themselves instead of for this country; to agitate for changes in gun laws and assurances of mental health care for anyone, regardless of financial status.

We all may be broken but we are not helpless and we are not without the brainpower, willpower, and ingenuity to set things right. We start at one, and that one is I and you and each person we know.

God is the world's best artist; out of broken things, he creates what is beautiful. It's the beautiful I'm opting for. There's a reason we say we are made in His image.

Glad God uses the broken things. I can feel your passion. Good post, Glynn. Thanks.

Glynn, you make an astounding point here. The Church isn't doing its part. We've gotten too wrapped up in the stupid crap to influence like we should. But thank you for not losing sight of the redemption that can come.
Maureen, you're 100% right. We need to ignore the garbage. That will send a message to the people producing it.

Glynn, you've encapsulated so very much here. Your prayer is profound beyond measure. I add my hearty 'amen' to it and ask our God to show us mercy in fully answering it.

Do you want to just start writing my blog for me full time, because you say it so much better than I do!

Excellent. I will join you in that prayer.

This is SO good.

This post took my breath away. And yes, I'm linking up. This needs to be shared... GREAT post.

We are "broken," and only God can mend it.

Thanks for speaking out on this --- my heart is sad for that troubled young man....

as for the victims of this -- only God can comfort them.

I'm unlurking because that was just so good. And amen on every point.

Very true. All of it. Especially about God being able to use what's broken.

I love a good Glynnrant. So many great observations here, but what you said about the church really struck me. In an attempt to be relevant, we end up looking like we're trying to be like that world.

Glynn, beautiful post, beautiful prayer, I say 'amen' to it too.
As a brazilian, I see what has been happening to the USA from a distance. It seems that the USA are struggling so hard to not be associated with God anymore, and it seems that most people don't see how much it is damaging their nation.
Your post gives us hope. God does uses broken things, and I am thankful for that.

Excellent and poignant… thank you.
Broken but willing,
Lesley-Anne

Yes, Lord, continue to shine through the shards.

Yes. Glynn, I'm praying with you!

I was busy promoting my website the day of the shootings and spending a lot of time on social media sites. I follow and I'm followed by a lot of artsy writers on Twitter. The amount of immediate hate towards Sarah Palin shocked me. Literally shocked me. One tweeted that if any of her followers are not furious at Sarah Palin "Unfollow me now, I will not remain silent."

Even a Christian writer I follow was linking article after article about how violent rhetoric (Sarah Palin's bullseye rhetoric) creates violence.

It made me so incredibly sad. Not just the horrific killings from a madman (who was clearly motivated by insanity and nothing else), but the state of our political climate. Ideology so overpowering it's destroying common sense and decency.

The nature of my website has me interacting with a lot of secular sites and secular writers - which can be a great thing to spreading my message. But this site is a breath of fresh air for a believer.

I whole-heartedly agree with every single point. May God have mercy on us an our great-grandchildren. May we all have an opportunity to do something about this mess and make it better.

This is such a good post that I came to read more comments.

Does that make me a loser?

A beautiful prayer, Glynn, for God to use broken things. Yes, it is what he has to work with. And thankfully he's a specialist with us! Thanks for ending with such hope.

May His Will be done.

Wonderful, beautiful, truth-full words, Glynn. I kneel with you, as one of the broken.

I do appreciate this Post! Blame is pointing a finger when four fingers are pointing back at the accuser. I agree that our Nation is broken, and am reminded of the verse that says in, 2Chronicles 7:14 "If my people, which are called by my name, shall humble themselves, and pray, and seek my face, and turn from their wicked ways; then will I hear from heaven, and will forgive their sin, and will heal their land." I agree that God uses broken things, and when our hearts are broken enough to perhaps even FAST and pray there will be a healing for our nation and the church and for me too.