Writing a Piece of My Obituary 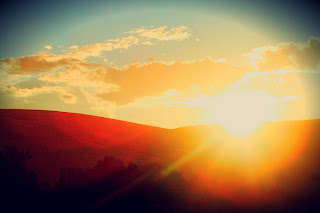 On Sunday, I started receiving emails from several people I know from work – some recent and some from 20 or more years ago – about a man we all knew and had worked with. He and his wife had gone out to dinner Saturday with friends, came home, and went to bed. He woke up in the early hours of Sunday – and died of a heart attack.

I had worked with him in 1980s. We were part of a group that spent a lot of time traveling back and forth to Canada for government hearings, usually in Toronto but occasionally in Ottawa. The hearings were held two or three times a month, and for a good year our lives were defined by those trips: leave Sunday for the hearings, which usually lasted three days. Stay at a hotel. Sit inside of a government hearing room from nine to five. Spend from five to seven talking about what had gone on. Then dinner. Then work. Then sleep. Thursday, and sometimes Friday: fly back to St. Louis.

My job was to be a resource for the one reporter covering the hearings. That’s right, just one reporter. But that reporter’s stories became the stories published across the country and in the United States.

The more I was in Canada, the more I loved the place, and the more I could see the differences with the United States. In 2005, my wife and I spent a week in Montreal, and I think we both could live there, at least six months a year.

The guy who everyone called and emailed me about was the strategist for our group in Canada. He could find ways around the most formidable obstacles. He could come up with some of the most innovative, creative ideas. And he was the one who had to explain to the executives in St. Louis when things went well, and when things didn’t go well.

On Sunday, after the emails, a phone call came. Could I write an article, essentially his obituary? The hope was that it might be published in the newspaper, but that was a long shot; the newspaper staff usually writes these articles and they tend to favor people well known in the community or who’ve accomplished some major thing in the community. (An obituary article yesterday was about the former dean of the School of Architecture at Washington University in St. Louis who had played a major role in the creation of the St. Louis Arch.)

So I write the article. It was difficult finding facts. A lot of old Human Resources records no longer exist, or they moldering away in some warehouse. There wasn’t a lot I could find on Google; most of his career happened before the electronic revolution.

But I finally got enough information together, and worked the draft over several times. The writing was troublesome, for several reasons. There were personal feelings involved. There was the challenge of not having enough information. And there was the feeling I was writing a piece of my own history, my own obituary. An important part of my past career was going to be buried.

What I knew about the man, and what I learned while writing the article, was this: the important part of a person’s life is not the great achievements, the innovative strategies, the miracles that get pulled off for the company. No, the important things are the two children, the three grandchildren, and the work of sitting on a board month after month to provide services for children. It’s the friends who are mourning. It’s the wife who thought there were still a lot of years left, to travel and enjoy life. It’s the church where we worship every Sunday.

It’s all those things we take for granted.

Over at Faith Barista, Bonnie Gray is hosting a Blog Carnival on faith, with today’s topic being what God is teaching you in the “white space.” To see how people responded, please visit Faith Barista.

Photograph: Sunrise by Simply Darlene.
Posted by Glynn at 3:00 AM

Oh, so true! I found that when I wrote my mom's obituary. It pretty much boiled down to faith and family.

I'm so sorry for your loss.

It sounds like he made an impact on your life, was a professional and was a man of character. You would think that an obit would be easy -- but it isn't. How do you sum a life with mere words?

What you found is the essence of life and what a gift to have found it.

My condolences on the loss of your friend.

Great blog today. Very touching. While the big accomplishments should be recognized, we forget the people who lived ordinarily lives extraordinarily.

What a gift--writing this obituary, using your words to honor his life. I wrote my father's obituary and his eulogy. Since then I've been aware that each day I am writing my own. I hope it reads well.

The Scripture says there are not many Fathers. Thank you for being a Father in so many capacities Glynn. Too bad there wern't more of you!

This is a gift - for you to write and for us to read.

My sympathies for your loss.

I was somewhat taken aback on reading your first paragraph, as we also lost on Sunday, also because of a massive heart attack, a friend with whom my husband had worked for years. He had retired only about three months ago.

So much truth in what you've written.

I'm sure you did a wonderful job writing about your co-worker and friend. It's the personal stuff that counts and you see that.

What a gift for this man's family that you were chosen to write this and recognized his quiet contributions.

i remember my father saying to me that even einstein, when asked what his greatest accomplishments were, would say his children.
in fact it was my father who encouraged me to read the obits while i was a cub newspaper reporter. the best obits aren't the ones of kings and presidents, but of regular people and the lives they touched. this was years ago when newspapers had staffs and the good ones placed one of the best writers in the obits department. i remember reading about a woman who always kept potato chips out in case guests came over. she was the ultimate hostess.
we never get all information we would like before we write. it's a challenge, but good practice.
that reporter must have appreciated the recourse that was you. i would have:)

That is true! I have already written most of my daddy's obituary (though he doesn't know it - ha) and it is all about WHO he is and his awesome character. Nothing much about his "accomplishments" and accolades.

I'm sorry about your loss. :o(

Sorry about your loss.

I'm so sorry for your loss. It is difficult to write about a life like that. I'm sure what you wrote was touching because it was from your heart. Blessings!

Just based on your thoughts bout what truly counts, I imagine you honored his life well in that article. Thank you for the reminder today.