My Hopes for Christmas 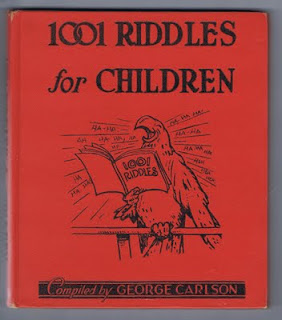 Certain Christmases stand out in my mind, usually because of what it was that I received as a present or presents.

When I was five, it was my red bike – with training wheels. The bike became part of my body for the next five years, until I received a 26-inch big black bike – for Christmas.

When I was six, it was a collie puppy. We named him Skipper.

At seven, it was a Lionel train.

At 12, it was a Daisy air rifle (not unlike Ralphie's in A Christmas Story).

When I was 13, it was a chess set – a Roman chess set, with the chessmen representing Caesar Augustus, his wife Livia, Cicero (the bishops), foot soldiers for pawns and so on. I still have that chess set. All the pieces are there; a pawn’s sword might be broken off and a felt bottom on a piece a little ragged, but the set is intact.

As you get older, gifts tend to become more practical or educational. Interestingly enough, I remember always getting a book or books as “side” presents to the main event. When I was 8, the book was 1001 Riddles For Children, and yes, I still have it. When I was 11, it was a Horizon Caravel book called Russia Under the Czars. I still have that one, too. And you can still find it – at antique book shops. (Which means I’m older than an antique book. Nice.) Growing up, I was usually the easy one in the family to buy a gift for – just about any book would do. 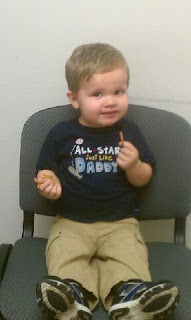 What does change, though, is the idea of stuff. As I get older, I’m finding that stuff – possessions – holds increasingly less appeal. I have never participated in Black Friday, even when it was still called the day after Thanksgiving (another one of those memories held by us antiques). My wife knows how to get me to a mall to buy clothes – a suggestion we might stop off at the bookstore.

If I have hopes for Christmas, then they are about family. My two sons and my daughter-in-law. My grandson, Cameron. My grandbaby to be. My wife.

I think the most perfect Christmas I could imagine would be to have the family together, and sitting with 20-month-old Cameron reading the same story book 14 times in a row. His current love is a “finger” book – the kind you can stick your fingers in and move things around – called Who, as in who lives in a hole? Or the sea, or a tree. He loves the book. He loves having the book read to him. Repeatedly. Each time is a brand new experience, and he smiles and laughs and claps his hands for yet another reading.

It’s not a lot to hope for, at least compared to computers, an iPad, a car, travel, stocks, bonds or real estate, or world peace.

But it is priceless.

Over at Faith Barista, Bonnie Gray is hosting a blog carnival on faith, with this week’s topic being “Your Hopes for Christmas.” To see more posts, please visit Faith Barista.

Photograph of Cameron Young by Stephanie Young. Used with Cameron's permission.
Posted by Glynn at 5:00 AM

"Even after it was called the day after Thanksgiving" is one funny line.

I love the romp of nostalgia you took me on, as I had many of the same toys. The book, though, seems to be a special gift that has had a lifetime impact on a man of words.

You know Glynn, I think in this day and age, it IS a lot to hope for. I hope you get it this year.

And I was just wondering the other day when Black Friday became "Black Friday." I remember it as the day after Thanksgiving too. Does this make ME antique at 29?

That "Black Friday" business is not a contemporary invention; it goes back scores and scores of years, its genesis with an enterprising retailer. I also never refer to the day as anything but what it is, the day after Thanksgiving.

Kelly, you would be known as a "Young Fogey".

Here's to hoping you get that Christmas wish, Glynn.

I never understood my mother not wanting presents until my children grew up and moved away. Now I get it. Having them home is just about all I need. And, yes, books make terrific presents. I hear there's a new one on the market this year--something about a dancing priest? :)

A beautiful Christmas wish made from a beautiful heart. may your wish come true.

I can't lie. Right now my main hope for Christmas is that I'll get the house decorated before I have to take it all down again. ;)

You have beautiful hopes for Christmas. You've caught the right Christmas spirit.

Great post thanks Glynn! I have a stack of boxes of Christmas decorations downstairs. I got caught up in thinking about finances this year. Then I thought about what I really need. Not much at the moment. I realized what I enjoy most is the decorations and lights, I love to read the story of Jesus' birth. I also love the book, "The story of the other Wise man" by Leo Buscaglia. I had such plans when I was young, but the Lord led me down a different path. You could review it on your blog if you like. I'd enjoy reading your thoughts on it. : )

Yes: "As I get older, I’m finding that stuff – possessions – holds increasingly less appeal." I get this, too. And so love reading about your family each week here!