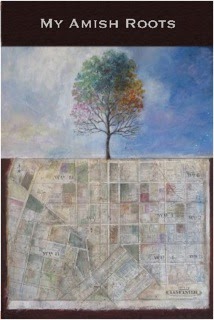 Last January, my mother’s oldest surviving sibling, my Aunt Laurentine, died just shy of her 92nd birthday. She was the family character, and the stories about her were, and still are, legion. She was the aunt who lived in the Lower Ninth Ward of New Orleans, in the same pre-Civil War house for more than 65 years. She stayed with my mother in the suburbs during Hurricane Katrina; her home had seven feet of water in it.

Well into her 80s, she was a tireless champion of history, renovation of historic buildings, community regeneration – and family genealogy. She had printed a summary of the work she had done, tracing family roots back hundreds of years – and one branch in particular to the 1300s in France. I have a copy of that book, and from time to time will look at it and wonder at the names and families, all those genes and history flowing down to me and then on to my children and grandchildren. And I’m convinced something more than DNA gets transmitted.

That is the sense of My Amish Roots, a new book by writer Shawn Smucker, who tells the history of a particular branch of his family but does so through the lens of history, traditions and life. I call this a “quiet work,” a personal reflection and meditation about the influences of earlier generations on succeeding ones, the roles that stories play in family traditions and life, and the sheer wonder at how all of this not only lasts but flourishes and grows.

This is a book about a family that has no connection to mine, and yet I loved reading it.

Smucker begins his story with receiving a transatlantic phone call from his mother. He and his wife were living in England in May 2005, when his mother calls to tell him that “Mummi,” his great-grandmother, had died. Her name was Katie Stolzfus, one of many Katies in the history of the family, and it speaks to her personality and faith to know that she had calmly prepared for her death by sewing her own burial dress.

The story of Mummi becomes the pivot point, backward to the 17th century in Germany and forward to the 21st century in the United States. Smucker embarks upon a journey, and the reader travels with him, as he combines history, family tradition and stories, genealogy and thoughtful, creative speculation about what was and what may have been. 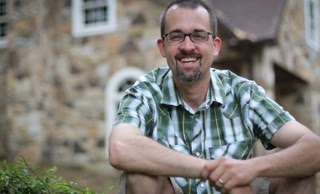 Over the span of four centuries, the family name changes; the family occupation changes (there were some Lutheran ministers way back when, and the son or grandson of one of them will join the Anabaptists because he loved an Anabaptist girl (and had to go through an application and appeal process to marry her); and the family location changes, from Germany to the new colony of Pennsylvania in North America.

As the history of the family moves closer to contemporary times, the stories become more detailed, because they are remembered. And that’s what this book is also about, the importance of memory in families, the passing down of stories and traditions, some of which are almost comic (the identical twins who switched suitors without telling the suitors) and some of which are tragic (the young husband who dies while the doctor operates on him on the kitchen table). But they are all family stories, and the stories shape understanding of who the family is and who its individual members are.

And it’s that question that Smucker keeps returning to – how all of these people, living across generations and centuries, still have an influence on who we are, what we do and how we think.

My Amish Roots is a quietly wonderful story, a story told with a keen eye and a loving heart. And it will make you consider your own family, your own family history, and those stories about the aunts and cousins, the laughter and the tears, and the foundation stones like “Mummi.”

My Amish Roots on Amazon.
Posted by Glynn at 5:00 AM

What a beautiful review. Thanks, Glynn.

Lovely review of what sounds like a good book I should add to my reading stack.

Seems very interesting. Good explanation. [What's "funny" for me is that on my mother's side we know next to nothing... all we know is her parents were teenagers, one English and one German... and shortly after WWI this wouldn't work, even in Tacoma; my dad's background, on his mother's side has a bit of history... but almost nothing known about his dad. I DO wonder if I'll meet more and more family when I reach heaven.]

Your reviews are so well written I would like to read them all.