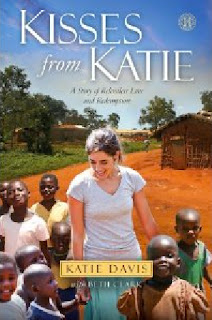 A few weeks into her new missionary life in Uganda, Katie Davis has discovered contradictions, she has learned that she can experience great joy and profound sadness, often at the same time. She can be nearly giddy with excitement with the local children and cry herself to sleep at night. She discovers Uganda to be a beautiful country and the classroom where she teaches often fills with the smells of the latrine pit. Her heart is overflowing with service but she’s forced to resort to sign language and pointing because she doesn’t know the local language.

Contradictions. Or are they?

The only mission service I’ve personally known is a week in Central Europe, a whirlwind of a week in four countries in seven days. We traveled more than we actually worked. Budapest. Prague. Dresden. Erfurt. Brno. Back to Budapest. We threw coats and blankets over our video equipment when we crossed the border into Slovakia, to avoid the possibility of confiscation.

We were traveling in working in nations a mere decade after the communist overthrow. And already the imitation of the West had become almost a caricature. As we drove along the highway on our way out of Hungary, women standing alongside the road would lift their blouses and expose their breasts. When I turned openmouthed to our driver and host, he said one word.

In Prague on Wenceslas Square, where Czech freedom was born, the women became more aggressive, openly accosting any single man or group of men. Their pimps handed out business cards. In the final Czech border town in the Sudeten Mountains, the final mile before reaching Germany, small convenience store buildings doubled as gas stations and food shops, with prostitutes seated behind large picture windows facing the road.

All of that disappeared once we were in Germany. But even here, in what had been East Germany, two generations had been born and grown up essentially without God. The churches that had been established were small, perhaps as many as 100 attending on Sundays. Most were subsidized in one form or another by more established churches in western Germany or the United States.

The people we met and talked with in eastern Europe, mostly missionaries from the United states and Canada, could simultaneously talk about how much they loved the people and how petty theft was rampant; how friendly and generous the people were and how neighbors might steal things from you; how open they could be to the gospel but you often wouldn’t know if it was the gospel or their belief that all Americans were rich that was the attracting factor.

Jesus dealt with contradictions as well. People marveled at his understanding and knowledge, yet wanted to stone him. They would fight through crowds for a healing touch, yet abandoned him. They hung on every word he said, but they couldn’t stay awake to pray with him.

And yet, he loved us anyway.

As the missionaries in Central Europe loved the people they worked with anyway.

As Katie Davis loves her people and children in Uganda anyway.

It’s the contradiction of faith. And the love that comes from it.

We’re reading Kisses from Katie by Katie Davis and Beth Clark. Our discussion is being led by Sarah Salter at Living Between the Lines and Jason Stasyszen at Connecting to Impact. This week, the links are at Jason's site.
Posted by Glynn at 5:00 AM

Life everywhere is full of contradictions - but perhaps it jumps into sharpest relief when we're living or traveling cross culturally. Even forty years ago, this was true for us as we lived for two years in a government-built, comfortable home while our students came from huts, sometimes hundreds of miles from the boarding school where we taught in Zambia. And it's perhaps even more true in today's Uganda.

Sometimes it's the contradictions that draw us to faith; sometimes it's the realization that as hard as it is to understand all the suffering that this world endures - it's even harder to grasp where all the wonder comes from. Doestoevsky (sp??) once wrote that the world would be saved through beauty. I think sometimes that's what keeps us going, what keeps pointing us to God. God is the author of beauty and for that great gift we can find enough evidence to say 'thank you,' even through the tears of sadness and frustration caused by the struggle. Thanks for this good reminder of that truth.

Do I know those contradictions? Absolutely, but just like you said, Jesus faced the same and we can expect the same. It's an imperfect world with so much brokenness, but He is the light and He shines through us in ways that makes me stand amazed. Thanks Glynn.

Ran into some of what you are describing when we lived in Uganda. And, even though some of these very aspects were part of life over there, I loved it and would be there in a heartbeat, if given the opportunity again. Yes, latrine issues, YES, thieves, YESSS fussiness among the Ugandans and even the missionaries and other international workers ... but even with all of that, I absolutely loved it there.