Slight curveball here – instead of links to the web, I thought I’d offer a list of my all-time favorite books. And yes, none of these would be officially a “Saturday Good Read” unless you’re a fast reader.

There’s not particular rhyme or reason to the list – and the books are in no particular order. But these are the books that had much to do with influencing who I am and how I think.

And a question: if you had to pick an all-time favorite book – just one – what would it be? (And to level the playing field and take the pressure off, let’s exclude the Bible).

Augustine of Hippo by Peter Brown.

Amusing Ourselves to Death by Neil Postman.

The Habit of Being: Letters by Flannery O’Connor. 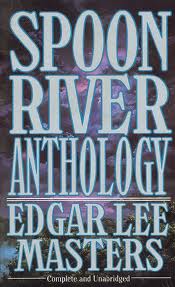 A River Runs Through It by Norman Maclean.

Conversation in the Cathedral and The War of the End of the World by Mario Vargas Llosa.

Levi’s Will and Summer of Light by Dale Cramer.

The Collected Poems of Wallace Stevens.

The Hobbit and The Lord of the Rings by J.R.R. Tolkien.

The Sound and the Fury by William Faulkner. 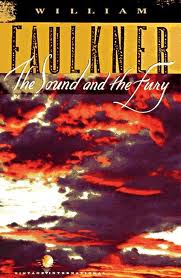 A Confederacy of Dunces by John Kennedy Toole.

The Gulag Archipelago and The First Circle by Aleksandr Solzhenitsyn.

I Am One of Your Forever by Fred Chappell.

The Heart Aroused by David Whyte.

God is an Englishman by R.F. Delderfield.

Trixie Belden and the Secret of the Mansion by Julie Campbell.

O dear..
So much to read and so little time to read it...

What an interesting list ---- I have read Faulkner, Dickens, Chappell, Delderfield, Toole, O'Connor, Masters, and Cervantes ---

BTW: I have tried to make lists like this before, but I bog down.

I didn't read the Maclean book, but I saw the movie -- ha, I sound like one of my former students with that comment.

I've read many poems by him but not a complete collection.

I meant to comment on the Norton Anthology -- have you seen the new ones? Unrecognizable in some ways -- or at least for this "old English major."

Sorry for the two comments.

I find I'm returning again and again to the recently released collection of Lucille Clifton's poems. The collected poems of Ruth Stone also would be on my list, as would Susan Fromberg Schaeffer's 'Anya', Elie Wiesel's 'Night', anything by Mahmoud Darwish, Anne Frank's diary, all of Flannery O'Connor, Adina Hoffman's biography of Taha Muhammad Ali, most if not all of Joan Dideon's work, '100 Years of Solitude' by Gabriel Garcia Marquez, Steinbeck's 'Of Mice and Men'. . . and that's for starters. My list would be a scroll.

oh my -- you definitely have now added to my reading list! And the pile gets higher...