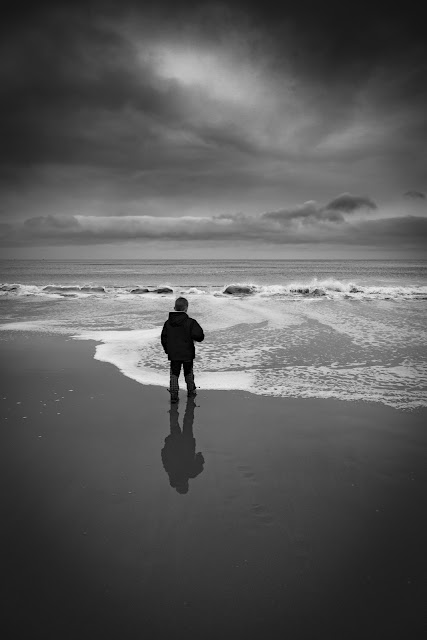 If you’ve read any of the books by writer and editor Ed Cyzewski, you know that (1) he has often wrestled with his faith; (2) over a period of some years, he moved from a Catholic faith to an evangelical one, including a seminary degree; (3) he found his evangelical faith and church to be legalistic and as much focused on “doing” as the Catholic church had emphasized works; and (4) he has wrestled, and continues to wrestle, with his faith through writing and through prayer.

But the prayer he uses isn’t what many evangelicals (or Catholics, for that matter) are familiar with. It’s the contemplative prayer of the church fathers and the desert fathers. This is prayer that is a spiritual exercise and engagement. It is prayer that is part of a process that’s been used by Christians for more than 15 centuries. 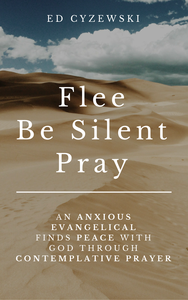 Something old is new again.

Flee, Be Silent, Pray: An Anxious Evangelical Finds Peace with God through Contemplative Prayer is Cyzewski’s description and explanation of how he is deepening his faith.

The title is taken from a saying by Abba Arsenius (350-445 A.D.), also known as Arsenius the Great. He was a tutor for the Roman imperial family until he became an anchorite in the Egyptian desert, and he is particularly known for his writing on contemplative prayer. What Abba Arsenius said was this: “Flee, be silent, pray always, for these are the sources of sinlessness.”

Cyzewski walks through each of those steps, telling his own story of how he discovered and utilized contemplative prayer. One particular tool he found useful is what is called the “examen,” a process developed by St. Ignatius for prayer that both focuses and deepens.

Contemplative prayer is something that all Christians, regardless of denomination, should understand and consider.

Cyzewski is a writer, blogger, freelancer, and book editor. He is also the author of numerous books on faith, writing, and related topics, including Creating Space: The Case for Everyday Creativity (2012); Pray, Write, Grow (2015); The Contemplative Writer (2016); and Coffeehouse Theology: Reflecting on God in Everyday Life (2016).

Flee, Be Silent, Pray provides a solid overview to an ancient Christian practice that is being rediscovered. And it tells a very personal story at the same time.

My review of Creating Space.

My review of Write Without Crushing Your Soul.

My review of Pray, Write, Grow.

My review of First Draft Father.

Top photograph by George Hodan via Public Domain Pictures. Used with permission.
Posted by Glynn at 5:00 AM