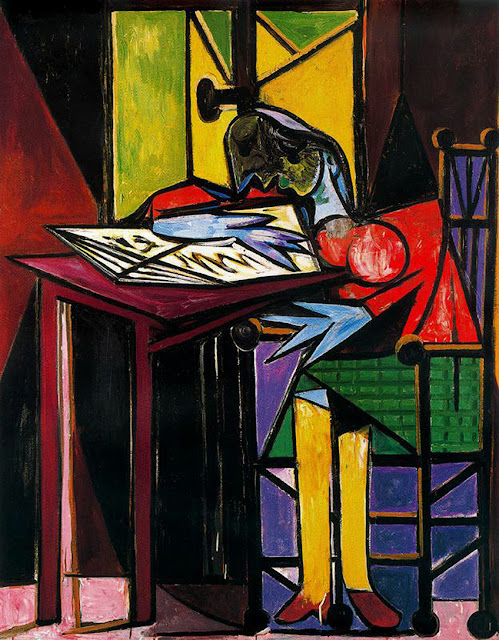 It was not a good week for the American news media. Writers at Politico discovered that the media are increasingly in “bubbles” on the East and West Coasts (I don’t think that’s news, by the way). Three journalists at CNN resigned over a retracted news story, and journalist Glenn Greenwald took CNN and the media to the woodshed over the obsession with the Trump/Russia story.

And the editor of the Dallas Morning News apologized for unintentionally misinforming its readers about a story on children and guns that turned out to be not what it claimed. The Morning News wasn’t the only paper that published the story; so did the Washington Post, St. Louis Post-Dispatch, and many others. (For the record, I am no fan of guns; I am a fan of journalists doing their jobs right and questioning claims, especially when it agrees with the accepted media wisdom.)

Do you know the Prufrock of T.S. Eliot’s famous poem was? St. Louis Magazine has the story. The BBC has a story, and some haunting photographs, about the empty railways of America. An Anglican church near the Grenfell Tower in London did something very simple during the fire and after – it turned on the lights and opened its doors, providing a place for displaced residents to go.

Small towns need missionaries. The Apostate’s Creed (actually, it’s quite clever). Good poetry. The making of a table – in pictures. St. Paul’s Cathedral mourns the death of a 102-year-old volunteer.

And we all mourn the death of Michael Bond, the creator of Paddington Bear. What will we do for marmalade now?

After the Grenfell fire, the church got it right where the council failed – Giles Fraser at The Guardian (Hat Tip: J of India).

2016/2017 costing of the British Royal Family – how much do the royals cost? – Victoria Howard at The Crown Chronicles.

Love Wins – Tim Good at Musings of a Naked Alien.

Learn from the Best: Copywork for Grownups – Ann Kroeker.

Let Us Rejoice and Be Glad in It – Tim Good at Musings of a Naked Alien.

Crosstimber Tables – Jack Baumgartner at The School for the Transfer of Energy.

The Media Bubble is Worse than You Think – Jack Shafer and Tucker Doherty at Politico.

How news organizations, including this one, unintentionally misinformed the public on guns – Mike Wilson at the Dallas Morning News.

Christians & the Revolutionary State – James Kalb at The Imaginative Conservative.

How the gig economy fits well with the lives of Baby Boomers – Tim Drake via Neville Hobson.

The Church of CrossFit – Julie Beck at The Atlantic.

Please Offend Me: Why We Want to be Offended – Eric Torrence at Thin Difference.

Birdwatching and the Psalms – Loren Paulsson at World Narratives.

The Apostate’s Creed – Jared Wilson at The Gospel Coalition.

How a simple baker ended up at the front of the culture wars – David Rupert at Red-Letter Believers.

Phases of the Moon