“Tainted by Suspicion” by Fred Lucas 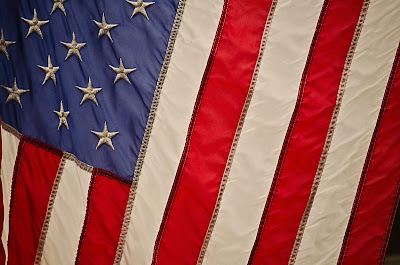 Reading history is a good thing. History may not repeat itself, but reading it does provide perspective on major events happening now. As in, the state of American politics may not be the worst it’s ever been.

In Tainted by Suspicion: The Secret Deals and Electoral Chaos of Disputed Presidential Elections, Fred Lucas reviews five presidential elections in depth – those of 1800, 1824, 1876, 1960, and 2000 – and two more briefly – 1888 and 2016. He provides the context for each, how the candidates were nominated, what happened during the elections, and the controversies that dominated the electoral college meetings and (occasionally) Congress itself. 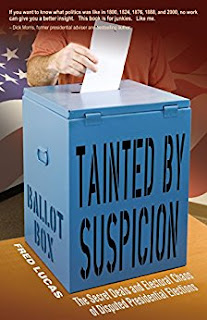 Lucas writes in a highly readable style, and includes several pertinent anecdotes about each election. This isn’t a dry reading of history but an engaging, often funny (in hindsight only; it wasn’t funny when the elections happened), and informative review of some of the most controversial elections in American history.

In 1800, Federalist John Adams was seeking a second term while Thomas Jefferson was seeking a first. The mud was liberally flung by all sides. But because of how the electoral college counted votes at the time, Jefferson and his vice-presidential running mate Aaron Burr ended up with exactly the same number of votes. Intrigue followed, as the Federalists attempted to support Burr and so deny that radical Jefferson the presidency.

In 1824, it was Adams’s son, John Quincey Adams, battling Andrew Jackson. Henry Clay, who wanted the presidency himself, would end up denying it to Jackson. It was an ugly, mudslinging campaign (and would be repeated with different results in 1828).

The 1876 election, between Republican Rutherford Hayes and Democrat Samuel Tilden, was another electoral cliffhanger. Passions rose so high that newspaper publisher Joseph Pulitzer editorialized for the arming of 100,000 men to take Washington by force and put Tilden in the White House (yes, one might call that news media bias). A special commission of senators, congressmen, and Supreme Court justices was formed to make a decision – and a deal was cut between the Republicans and southern Democrats to give the White House to Hayes in return for the end of military occupation of four southern states in Reconstruction.

In 1960, the controversy wasn’t so much electoral college in nature as it was the deep suspicions that the vote in Illinois, and especially Chicago, was fraudulent. An investigative series started by the New York Herald Tribune found that several Chicago cemeteries had voted and one abandoned, ruined house was the address for 56 different voters. It appeared that the Daley machine had been up to no good, but Richard Nixon, interestingly enough, intervened with the Herald Tribune and asked that the series be stopped. He was afraid that the world would believe that American elections could be bought and sold. And so John F. Kennedy became President.

The 2000 campaign between Al Gore and George W. Bush came down to the controversy in Florida, whether the votes were counted correctly, and all of the legal maneuvering through the courts, with the conclusion of two decisions (7-2 and 5-4) by the U.S. Supreme Court.

Lucas concludes with the 2016 election, Donald Trump versus Hillary Clinton, and the numerous efforts that were put in motion to deny Trump the White House.

Each of the sections includes a speculative “what if it had gone the other way” discussion.

The author makes or implies a number of summary points:

In general, no election was “stolen.” America survived the controversies, although potential violence was close in both 1800 and 1876 (and remember that 1876 was the nation’s centennial celebration).

It’s awful to go through one of these controversies, but it has happened before. Events can indeed appear to be heading for social and political convulsion. But, so far at least, the United States has gotten through its controversial and disputed elections.

In a few cases, a different outcome would have made a significant difference – for example, Al Gore would likely have nominated more liberal justices for the Supreme Court than George W. Bush did. But in many of these examples cited, the differences might have been surprisingly small.

Tainted by Suspicion allows us to look past today’s headlines and breaking news stories on television and keep some perspective. It’s also a fascinating account of many of the presidential election controversies the United States has experienced.

Top photograph by Kevin Morris via Unsplash. Used with permission.
Posted by Glynn at 5:00 AM