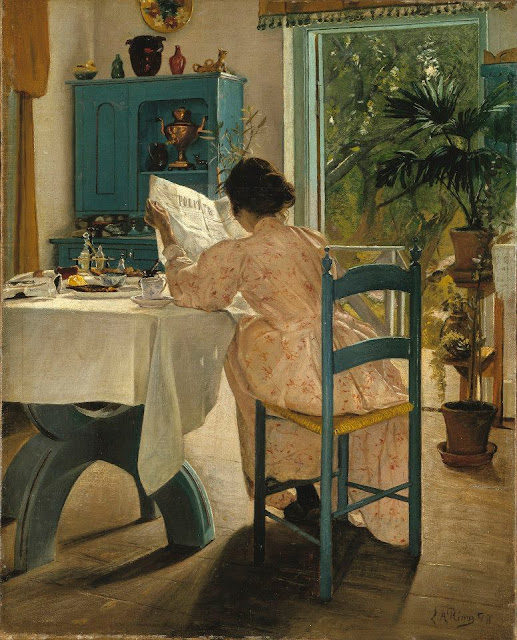 The news coverage of Billy Graham’s death and life continues. I had seen a reference to his coffin – that it was made by inmates at Angola Penitentiary in Louisiana. I visited Angola in college as part of a sociology class assignment, and it was one of the darkest, most depressing sites one can imagine. Byron Johnson at The Gospel Coalition has the story on the coffin, and it’s a good one.

And speaking of not-well-known stories, Scot Olympian Eric Liddell (Chariots of Fire) spent his final years in a Japanese prison camp, dying in 1945 from a brain tumor before the camp was liberated. Randy Alcorn has two stories about those final years – how Liddell worked with the children in the camp and how he had the opportunity to leave as part of a prisoner exchange – Winston Churchill had put his name on the list. Liddell turned it down.

Beautiful paintings by Gabriella Cleuren, some rare photographs that changed lives, good poetry, Old Mother Hubbard, the story of Monk’s Mound at Cahokia, Illinois (I’ve been there), and more.

The Preacher Addresses the Seminarians – Christian Wiman at Image Journal.

Pain or Pleasure? – Tim Good at Photography by Tiwago.

Finished in Beauty and Memories: The Poetry of Catharine Brosman – David Middleton at The Imaginative Conservative.

Winter on the Farm – Tim Good at Photography by Tiwago.

The Rich Story of Carved Lines – Jack Baumgartner at The School for the Transfer of Energy.

Between water and fire – Gabriella Cleuren.

What Determines How You Meet with God? – Jason Stasyszen at Connecting to Impact.

The Story Behind Bill Graham’s Prison-Built Casket – Byron Johnson at The Gospel Coalition.

Why the Poor Need More Than Free Markets – Elise Daniel at the Institute for Faith, Work, & Economics.

How to Make Time to Read – Scott Slayton at One Degree to Another.


Painting: At the Breakfast Table Reading the Morning Newspaper, oil on canvas by L.A. Ring (1898).
Posted by Glynn at 5:00 AM