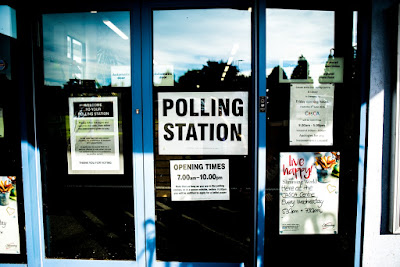 It was a Sunday, shortly after Donald Trump had locked up the Republican nomination for President. We bumped into some good friends at a local restaurant. We’d known them from church and our local community for almost 25 years, and they were both well attuned to local politics.

What do we do, we asked? Whom can we vote for? Both major parties were putting forward problematic candidates. And the minor parties – the guy in favor of legalizing marijuana and the Green candidate somewhere to the left of Bernie Sanders – offered no alternatives.

Our friends didn’t immediately offer advice. What they said was this: “You may to think about what you know you can expect versus what you simply don’t know.” 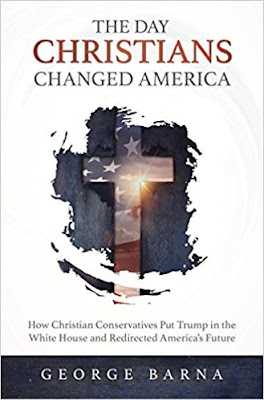 As it turns out, we weren’t the only people of our generation and faith having serious problems with all of the presidential candidates. In The Day Christians Changed America, George Barna points out that people who fit our demographic were having the same reactions to the candidates. It wasn’t the “evangelical” group that the news media is so fond of referring to. It was a group identified after extensive research.

Barna calls this group “SAGEcons” – spiritually active, governance engaged conservatives. They’re partially a subset of “evangelicals,” but they’re also a subset of Roman Catholics, Greek Orthodox, and other faith traditions. They tend to live largely but not exclusively in the South and Midwest, and they tend to be of the Baby Boom generation and older. They tend to have been married to the same spouse for decades. They have grandchildren. They generally tend not to participate in opinion polls. And what they believed was happening was the collapse of American culture (in fact, they likely still believe this is happening).

Historically, says Barna, this group largely voted for Republican presidential candidates, even though they’re weren’t completely thrilled with either John McCain or Mitt Romney in the 2008 and 2012 elections. They are tens of millions strong, but (again) they are not all what the media consider as “the evangelicals.” Barna says that a Republican presidential candidate can’t win with them alone, but also can’t win without them. And Trump had to get their votes.

This SAGEcon group ended up voting for Donald Trump in the national election, but it did not vote for Trump in the primaries. The primary preferences were candidates like Ted Cruz, Marco Rubio, Mike Huckabee, and especially Ben Carson. Trump was not an option.

Until he was the Republican choice. Barna describes in detail what happened to eventually bring the SAGEcon Christians into support for Trump. One event was a meeting at the Marriott Marquis on Times Square, when Trump spoke with more than 1,000 Christian leaders. Another was the selection of Mike Pence as his running mate. And there were others. What was critical was this group’s understanding of what happened during the eight years of the Obama Administration, and what was likely to happen with his designated successor, Hillary Clinton.

A vast majority of the SAGEcons voted for Trump, but not all of them did. A fraction voted for Clinton. Others didn’t vote. But most went for Trump, fully understanding that he was a seriously flawed candidate.

The Day Christians Changed America is based on Barna’s own extensive research and experience in American politics. It’s not the traditional news media understanding of politics, but then this was one election when the news media and the opinion polls were consistently wrong. The book is written especially for the SAGEcon group it talks about; Barna uses the language of faith that this group will understand immediately but others might not.

But it is an important contribution to understanding what happened in the 2016 election.

Top photograph by Elliott Stallion via Unsplash. Used with permission.
Posted by Glynn at 5:00 AM

I haven't read what he wrote, but I totally understand what he is saying...we are a part of that "SAGEcon" group, apparently. The outcome of the 2016 election was not really a surprise to me. It was a gut feeling that kept growing and finally came to fruition on Nov.8, 2016. I may not totally understand or always agree with how things are going, but I can see the hand of God in all of it. I sensed the same thoughts in your books...even though your story was on the "other side of the pond", so to speak, it had mirror images here in the USA. I think that is why it had such an appeal to me and to others who are reading it now. At least that is my opinion! Great post..thank you!

Thanks, Pamela. I was surprised at the outcome. I have many friends who were outraged and disbelieving what had happened. I don't think it was only "SAGECons," but that was certainly a factor. What had been happening for the previous eight years, even the previous 26 years, was also a significant factor.

And I should add that the themes of the 2016 election, or several of them, do indeed blow though my books, especially the second two.

I knew it wasn't just my imagination! And yes, I agree with what you said in the first comment about what had been happening for the previous 8 years, etc....You are correct! Thank you for your thought provoking posts. It's good to have our thinking challenged in a positive way!!