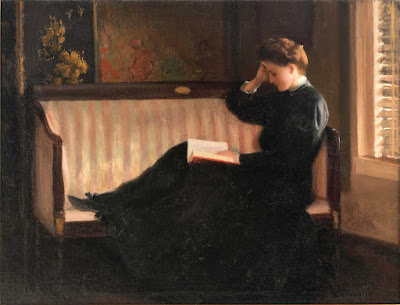 “In 1917, the poets failed Russia worse than the politicians or the priests. There was no Dante to stitch together the past, science, the language, and the church. There were only speeches, rants, and young ideologues in a hurry to bring on Paradise.” So writes John Mark Reynolds at The Imaginative Conservative, in a short essay on Dante. He’s begging the question – do we have a Dante today?

And speaking of Russia and its revolution, BBC aired a special on the English tutor who taught the Romanov children and accompanied the family to their place of exile (and eventual death). When they arrived, the communist guards would not let him enter the compound with the family, and he had to make his way back to England. He was later part of the group that investigated the family’s murders.

Andrew Sullivan writes a sober account of the opiod crisis, while Lawrence Goldstone describes America’s first opiod epidemic – heroin. David Robson at the BBC wonders if the Queen’s speech is becoming a bit too common. An Ontario court upheld a family over a provincial government agency’s decision to take foster children away – because the family was Christian. The problem turned out to be an overzealous agency worker, and the agency apologized.

And a pianist does a boogie-woogie at St. Pancras Station in London.

In Praise of Albuquerque – Morgan Meis at Image Journal.

When Memories Betray Us – Lexie Elliott at CrimeReads.

How to Know Which Writing Contest to Enter – Mary Harwell Sayler.

If You Want to be a Writer, Keep Showing Up – Ann Kroeker.

Speechwriter: It’s you I Like – David Murray at Writing Boots.

The Iris of Faith – Tom Darin Liskey at Literary Life.

Early Morning on the B Line From Vero Beach to Orlando After a Poetry Festival – Claude Wilkinson at Image Journal.

Dante: The Exile Who Leads Us Home – John Mark Reynolds at The Imaginative Conservative.

The Poison We Pick – Andrew Sullivan at New York Magazine.

The Republic of Baseball (an essay from 1990) – Joseph Sobran via The Imaginative Conservative.

Hobbiton – and What I Want from the New LOTR Series – Tim Challies.

Listen. It’s a ministry – Dane Ortlund at The Gospel Coalition.

The tutor who witnessed the downfall of the Romanovs – BBC.

What I Learned from Reading Presidential Biography – Scott Slayton at One Degree to Another.