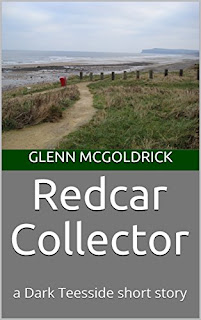 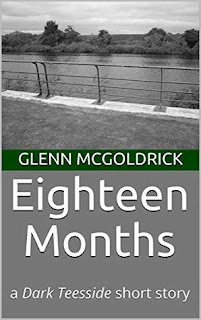 One of the benefits of the internet and digital fiction publishing is the ability to publish works of widely varying length, and have them stand on their own, without the surrounding imprimatur of a magazine, a web site, a journal, or a formal publication. This puts a burden o the author as well; your work isn’t going to tag along with works from other authors. Here are five recent mystery stories, of varying length, that I’ve read that can stand on their own.

Eighteen Months, a short story by British author Glenn McGoldrick, is one of the author’s “Dark Teesside” story series. By chance, a man sees a woman in a store and realizes she’s been released from prison, serving only 18 months of her sentence. Her crime: a hit-and-run, where she hit and killed a young man. This was the man’s son, and he begins to plot an appropriate revenge. It’s a chilling tale.

McGoldrick’s Redcar Collector is a dark tale about an unemployed man, downsized from his job, who’s having trouble finding a job. He’s walking along the beach when he finds a severed foot. His grown son advises him to tell the police, but he was ridiculed by the police before and wants no part of that. He decides to do something else. 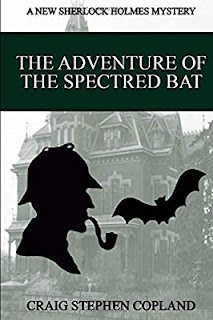 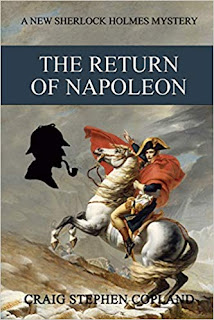 Sherlock Holmes remains one of the world’s most popular detectives, and Craig Stephen Copland is doing his bit to keep that popularity going. He’s written some 30+ novellas starring Holmes and Dr. John Watson, and while they differ somewhat from Arthur Conan’s Doyle creation, they are close enough to stand as a solid tribute.

In Copland’s The Adventure of the Spectred Bat, Holmes and Watson are called upon (in the dead of night) by a young woman, whose sister has died and she herself attacked by what she describes as a vampire bat. As they investigate, they discover reports of attacks all over Britain, and they all seem to have something in common. The story mixes a bit of Holmes and perhaps a bit of Bram Stoker, or at least the feat inspired by Stoker’s Dracula.

The Return of Napoleon has Holmes and Watson called to the ancestral home of Admiral Horatio Nelson, where his descendants are preparing for the 100th anniversary of the great victory at Trafalgar. The family is concerned about all the Nelson artifacts and possible theft; the young mother of the manor also doesn’t seem quite right, and relatives may be trying to gain control of her children and the estate. And then the game’s afoot, Watson, as family problems lead to something much more momentous going on. 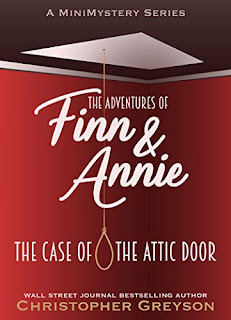 The “mini-mystery” (or long story) of The Case of the Attic Door by Christopher Greyson is the first of the currently published eight works in the Finn & Annie mystery series (Greyson has also published a number of the Detective Jack Stratton mystery/thriller books). Finnian Church is a crime scene investigator, who is dealing with an artificial leg. Annie Summers is the new crime scene videographer, and she risks Finn’s ire by showing up late and then ignoring his commands for photos – until Finn discovers she’s deaf.

They’re investigating a well-kept home, where the body of a man had been found in the upstairs hallways, and detectives were assuming it was a home invasion or burglary gone bad. Finn and Annie together figure out something else entirely had happened. It’s a fun story that shows you should never rely upon first impressions, either about people or crime scenes.