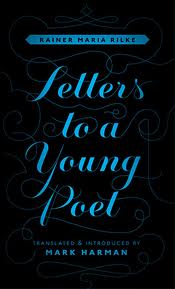 I read Letters to a Young Poet by Rainer Maria Rilke (1875-1926) this past weekend, a new translation by Mark Harmon published in April. The small volume, celebrated over the decades for its statements about the importance of art, is a series of 10 letters written from 1903 to 1908 by Rilke to Franz Kappus, who was a young poet (19) in an Austrian military school who hated it as much as Rilke did when his father placed him in one at a young age. 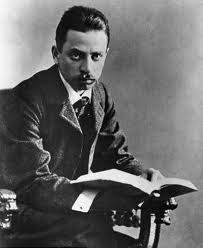 Not having read them before, I was surprised to find they were about far more than poetry. One of them, dated December 23, 1903, included an admonition from Rilke to Kappus about celebrating Christmas, after first chiding him for his inability his claimed loss of faith, when Kappus may never have possessed God in the first place. Here’s what Rilke says:

“Is there anything that can take from you the hope of being one day in Him, at the farthest, the outermost?

“Celebrate Christmas, dear Mr. Kappus, with this devout feeling that it is precisely this fear of life that He needs from you in order to begin; these very days of your transition are perhaps the time when everything in you works upon Him, just as once before in childhood you worked breathlessly on Him. Be patient and without displeasure, and think that the least we can do is not make His becoming any more difficult for Him than the earth makes it for the spring when it chooses to come.

“And be cheerful and confident.”
Posted by Glynn at 5:00 AM

i have been thinking on the celebrations of the seasons...

"be cheerful and confident" ... what a great directive

I found Rilke's Letters To A Young Poet also about so much more than poetry ... Rilke was flush from the wild success of his New Poems, away from Paris (he hated the confined spaces of the city and its noisy intrusions on his solitude. He was about as famous a poet in his time as, say, Wallace Stevens was in his later years, or Whitman, or a Billy Collins today: Big. Got letters all the time with poems enclosed for his judgement. He never offered much of a critique -- doesn't in these Letters -- but here he must have sensed himself when he was 19, distancing from his Catholic upbringing while desperate to keep that inner connection. He loved cathedrals and the monastic existence; so many of his poems are like prayers; always reaching further than the language could go, and in so trying, creating cathedral spaces in the ear and heart. Thanks for the reminder here.

Another favorite excerpt from this great book by Rilke:

...I would like to beg you dear Sir, as well as I can, to have patience with everything unresolved in your heart and to try to love the questions themselves as if they were locked rooms or books written in a very foreign language. Don't search for the answers, which could not be given to you now, because you would not be able to live them. And the point is to live everything. Live the questions now. Perhaps then, someday far in the future, you will gradually, without even noticing it, live your way into the answer.