A Tale of Two Committees 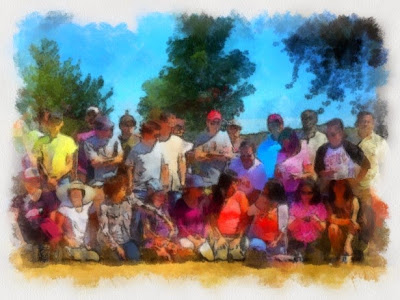 I have just completed a one-year term as a member of our church’s officer nominating committee. I was one of two deacons appointed to it; I served alongside four elders and eight members elected from the congregation.


If you’ve served on such a committee, you know the real possibilities for conflicts, misunderstandings, politics, undue influence by the staff and pastors, and all the other things that can go along with the assignment. That didn’t happen this year. It could have, and easily; our church has been going through a rocky patch for the past two to three years.


It could have happened, but it didn’t. It was one of the most positive church experiences I’ve had. People were respectful, willing to listen and heed, asked good questions, and searched out candidates’ hearts (and often our own). We had one visit by a pastor, who led us in a study of a Bible passage. Every meeting opened and closed in prayer.


We had differences, to be sure, but the difference never overwhelmed the work we were doing. And we had experienced people leading us through the work.


I had had some misgivings about serving. I had had one experience years go as one of the members of a nominating committee at another church, and it was not a good experience. I had been elected by the congregation, an “at-large member,” one of several so elected working with others appointed by the elder board. Our church was growing, hiring staff, expanding into new programs – doing all the things one expects from a healthy church.


I did not expect what happened on the nominating committee. Conflict. Anger. At one point a pastor joined the meetings, concerned about some of the people who had been suggested. One elder on the committee said he would resign and leave the church if we nominated one individual and he was elected.

Our discussions more resembled corporate people reviews than they did meetings of a church nominating committee. The one question remember being asked over and over again was “Is he a team player?” Meetings were tense.


Somehow, we got through the work, but it was not a good experience. It certainly wasn’t one expected from people who were supposed to be known by their love.


In The Cure: What if God Isn’t Who You Think He Is and Neither Are You, by John Lynch, Bruce McNichol and Bill Thrall, the authors talk about relationships in a way that seems taken directly from these two experiences I have had with church nominating committees. “Somewhere along the line,” they write, “we needed to trade relationships of love for strategic management of others. That shift frightened us away from each other. That shift forfeited the only distinction Jesus asks us to be known for: Loving and allowing ourselves to be loved."


They’re writing about individual lives; they could just as easily be writing about church committees, and church nominating committees. The bad experience I had is the kind of thing that turns people away from churches, because no one expects them to behave like a secular organization. But they can, and often do.


Churches can behave like the world, and when they do, it doesn’t end well, either for the church or the world.


Or churches can behave like churches, and change the world.


Led by Jason Stasyszen and Sarah Salter, we’ve been reading The Cure. This week we finish the chapter entitled “Two Friends.” To see more posts on this chapter, please visit Jason at Connecting to Impact.


Illustration by Piotr Siedlecki via Public Domain Pictures. Used with permission.
Posted by Glynn at 5:10 AM

Great perspective on the wider church and experience. It does relate to our individual experience, and it all comes back to love and how we love. Great thoughts, Glynn! Thank you.

I personally find this very encouraging.