The Qualities of a Good Friend 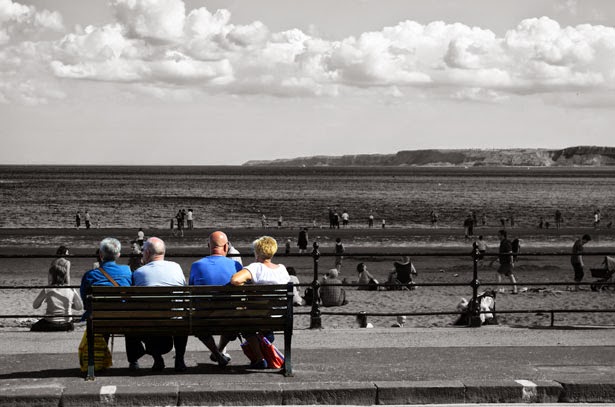 In our weekly discussion of The Cure: What if God Isn’t Who You Think He Is and Neither Are You, by John Lynch, Bruce McNichol and Bill Thrall, we’ve reached a chapter entitled “Two Friends.” It’s about the positive and negative influences in your life, and what the differences are between them, especially when the differences may not be immediately apparent.


My mind began to drift. I asked myself, who are the influences in my life, aside from family? Who are the people I consider friends? Not just casual acquaintances, but real friends, people you feel you can trust, go to advice for, stand by you, and who know they can expect the same from you?


I have to admit my list is rather small.


Five years ago, I could name several people at work, where I spend most of each waking day. But retirement has claimed some; others have left for better opportunities, including one in just the last few weeks. The individual asked me for advice about whether to accept a job offer from another company; I listened more than I talked, but it was obvious the offer was better than the existing job at our company. This was a leaving that hurt; I think I’m down to one close friend at work now.


I consider friends at church. The situation is complicated by the question of which church – the one we attended for 15 years and poured a lot of ourselves into, or the one we attend now where we’re both have been rather “gun shy.” One couple whom we were particularly close to moved away; another went to another church; others drifted away with the change in churches (we went in one direction, they in another).

We have neighbors we have great regard for, but I can’t say we see them on a social basis except once or twice a year for neighborhood get-togethers. And there are virtual friends, people I have met online, some of whom I’ve had the pleasure of meeting face-to-face but many, perhaps most, I have not. I will say this – for those virtual friends whom I have actually met face-to-face, I have not been disappointed – they were the same in person as they were online. One day I hope to meet an online friend who lives in another part of the world; we missed meeting each other in London in October by a few short hours.


The question in all of these examples is, what makes a good friend? What makes another person a good influence? The Cure has some answers that resonate with me.


A good influence, a good friend, the authors write, is one who asks permission to earn trust, to be let in to your confidence.


A good friend sees you as a saint – a saint who still fails. They see behind the façade and love you anyway.


A good friend wants to see you grow more, and give love more. They’re not interested in changing your behavior as much as they are in seeing you love more. They’re don’t try to “fix” you, or correct some behavior or thinking they believe needs fixing. You feel accepted. This doesn’t mean you won’t need occasional reproving, but when they do it, they do it in love, and you know it.


Led by Jason Stasyszen and Sarah Salter, we’ve been discussing The Cure. To see more posts on this chapter, “Two Friends,” please visit Sarah at Living Between the Lines.


Photograph by George Hodan via Public Domain Pictures. Used with permission.
Posted by Glynn at 5:27 AM

Your post reminds me of the adage, "Show me your friends and I'll show you your future."

Friends and those we allow close to us (that have influence in our lives) have a great deal of power of our lives. Even if we don't realize it. That's why it's so important to have Christ as a Best Friend, our main influence.

This world comes and goes through my life, but I want HIM to be a constant.

I'm an introvert by nature. What's crazy is I can be very private and then also be an open book with people. I'm seeing more and more my need for others. Not their approval so much as their love and support through encouragement. That can't happen unless I'm willing to be totally vulnerable. You can't do that with everyone, but you have to do it with someone if you want to grow. Great post, Glynn.

Every person should talk with himself about the subject of friendship, which is so important. I don't think a "rather small" list is at all a problem. To know that any of us has even one true friend, with the qualities you enumerate in your post, is to be blessed.

This reminds me of something I heard many years ago: If you can count your close friends on one hand, consider yourself blessed.
True friends, ones that will love you through thick and thin, are treasures to hold on to.
Blessings, Glynn!