Harassment in the workplace 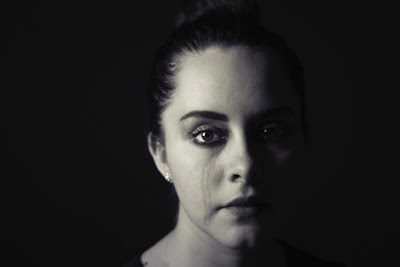 Yesterday, I was reading a post on Facebook by Sandra Heska King about the #metoo hashtag, sexual harassment, and Harvey Weinstein. Sexual harassment may not affect 100 percent of women, but I suspect it’s affected many and likely most.

I was 29, married seven years and with a new baby at home. My job was a corporate speechwriter, one of three in the department. I was the new kid on the block, so I was assigned to write for the top vice president in Human Resources. And he was a good man to write speeches for. He understood the speechwriting and speech-giving processes. He was smart and articulate. He loved saying provocative things (unusual for someone in HR). And he kept the corporate hierarchy away from his speech drafts.

For one speech, he asked me to talk with one of his direct reports, to get some studies and statistics. It was a name I was only vaguely familiar with, but I made the appointment with the man’s secretary. I arrived on time, and she asked me to sit while she informed him I was there. I was slightly surprised as how formal everything was. I also had the impression that the secretary seemed very tense.

Within a few minutes, I was ushered into the man’s office, and we talked for about an hour. He knew what information I was seeking, and had made copies of several reports. He had exactly what the senior HR leader had asked for. I sat on a small sofa in his office, and he sat in a chair across a coffee table from me.

As we finished the conversation and stood, with me preparing to leave, he pointed to my suit jacket (we wore coats and ties in those days) and said, “That’s a really nice suit.”

Surprised, I said thank you. 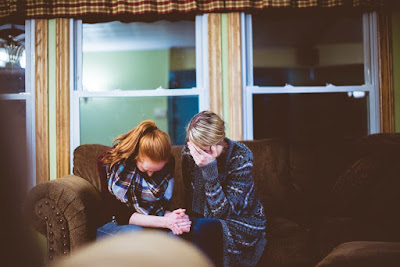 “No, that’s really a nice suit,” he said. And he reached toward me and began to rub his hand on the suit jacket I was wearing, repeating “That’s a really nice suit.”

I may have been 29, but I wasn’t stupid. I knew I was being hit on, and I tried to retain my composure and figure out how to get out of there. I finally blurted out “I got it on sale at Dillard’s” and fled his office. His secretary saw me burst out through the door and she quickly looked down at her desk.

I finally decided to say nothing. It would likely come down to my word against his – and that wasn’t a rationalization. No one else witnessed it. No one else was affected. I considered the possibility that maybe I had misunderstood, but I knew what was happening. And I knew from his secretary’s reaction that she understood why I was running out the door. But I also knew that he could literally upend my career – he had that kind of power. And the company would inevitably side with the management in place, because that was the culture. Management was always right. Management never made mistakes. And management was always good.

So, I said nothing. I did make sure to avoid the man from that point onward. Fortunately for me, nothing happened, or at least nothing that I knew of.

Flash forward 12 years. I’m now leading the speechwriting team and a few other functions as well. I had had the opportunity to build the team from the ground up, and we had some outstanding people. One of them had been a secretary in HR, and one day as I walked by her desk I heard her mention the harasser’s name.

I asked her about it, and at first she wouldn’t say. And then she told me the man’s reputation. He was an equal opportunity harasser – it didn’t matter whether it was men or women. If you didn’t give in, you paid for it with your career. And he had a knack for picking on people who would likely have little credibility or would be too afraid to say anything. And everyone in HR was well aware of the problem, she said. And she went further, and talked about the other sexual harassers in HR. The guy who pawed me wasn’t the only one, by a long shot.

I told her what had happened to me. By this time, she was in tears. I didn’t ask about her own experiences, and she didn’t volunteer anything.

I went to the one HR person I knew I could trust, or hoped I could trust. I told him what had happened to me all those years before, and what was apparently still going on. He was embarrassed, and shamefaced. He was well aware of the stories, and of the perpetrators. He asked me to give him some time, and he would see what he could do. I wondered if I had signed my career death warrant.

It took another 18 months, but a new HR organization lead from outside the company finally cleaned it out.

Looking back, I realize it wasn’t just the harasser himself. It was also the people who knew what he and others were up to but did nothing. It was the corporate culture of “we’re all on the same team and you have to be a team player” and “management never makes mistakes.” It was people like me who had been harassed but chose to say nothing, even if we only knew about our own experience. It was the fear of what could happen to your career.

Somehow, this has to stop, or be stopped. No more silence.

Top photograph by Cristian Newman and middle photograph by Ben White, both via Unsplash. Used with permission.
Posted by Glynn at 10:40 AM

While I was driving yesterday, I heard about a new program on a university campus that doesn't use the words "sexual harassment" in its title but "respect". As the person explained, until a culture of respect for each and every one of us, no matter race, gender, origin, etc., is created, no change is possible.

But sexual harassment in the workplace, I would note, is illegal and every time needs to be called out. Having spent 25 years with an employment law publishing firm, I can tell you the cases never cease. Your company was lucky, Glynn, because a lawsuit against it probably would have netted a huge award for employees. It would have taken only a single person complaining to the EEOC to have exposed its culture of abuse.

My husband, in his line of work, sometimes has to investigate sexual harassment complaints. The company takes them very seriously. But did companies care so much 40-plus years ago? I was maybe 24 years old when the anesthesiologist pinned me against an OR table late at night. My response was to push him away and announce, "But I'm married." (Like that mattered.) His answer? "I am, too." But he released me. It was years before I even told my husband. I think somehow I thought it was in some way my own fault. And besides, I was "just a nurse," and back then nurses had a reputation anyway. I'm not sure the hospital would have done anything--or that I was strong enough to hold my own.

We tend to think of this issue as a man to woman thing, and that's probably what's most common. But there are obviously no limitations. Thanks for sharing this story, Glynn.

I'd like to stick my head in the sand and ignore this entire Pandora's box. But then that only adds to the problem. Thank you for being willing to write this and shed light and a much-too-common occurrence.

Glynn, a really thought provoking post.
And it does go both ways.

It's the sin that's so prevalent in our society. It's just in and about and saturates everything.

How it sweeps the innocent is the worst of it all....

Thanks for telling your story.