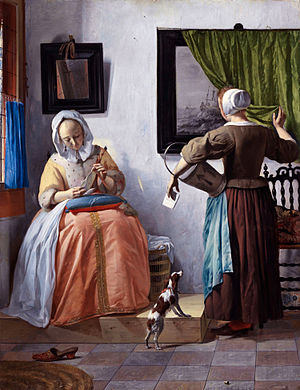 We started our vacation in London with the bombing on a Underground train at the Parson Green tube station. The train line was one of the ones we’ve used before and would be using this trip, as it has the station closest to our hotel. But the bombing was well away from where we were. We ended our visit early Monday morning, waking up to learn that a sniper had killed at least 20 people and injured more than 100 at a concert in Las Vegas. Television screens at Heathrow Airport and later Philadelphia were filled with images and reports. The death toll would reach 59 and the number of injured more than 500. For both acts of violence, the question immediately becomes why. We know the answer to why the bombing at Parsons Green; we’ve yet to learn if there is an answer to Las Vegas.

Joseph Pearce at The Imaginative Conservative reminds us there’s been a lot of misremembering of the Russian Revolution; I saw some of it at the British Library. We forget, aren’t being taught, or simply ignore the fact that some 15 million people died between 1917 and 1922 as a result of the revolution. More millions would die when Stalin ordered forced collectivization of agriculture in the Ukraine, and then in the purges of the 1930s. Stalin’s pact with Hitler blinded him to what was coming for Russia, and more tens of millions died.

For several weeks, I included here links to posts about artists in London’s East End, all produced at the blog Spitalfields Life. The book has finally been published, and it’s called East End Vernacular.

Misremembering the Russian Revolution: Romanticism, Not Reality – Joseph Pearce at The Imaginative Conservative.

The Rural Higher-Education Crisis – John Marcus and Matt Krupnick at The Atlantic.

I Contemplate My Garden – Tim Good.

Marcel Proust paid for reviews praising his work to go into newspapers – Agence France-Presse via The Guardian.

The Hero’s Journey as Divine Blueprint – Mike Duran at deCompose.

What You Miss When You Don’t Gather with Your Church and Five Obstacles Dads Face – Scott Slayton.

On Trying to Communicate Controversial Ideas and How to Choose a Controversial Topic to Talk About – Zak Schmoll at Entering the Public Square.

After London – Robert Rife at Altarwork.

No digging – Karin Fendick at Flickers of a Faithful FireFly.

The Happy Skeptic: Review of “Benjamin Franklin” by Thomas Kidd – Hayes Bierman at The University Bookman.


Painting: Woman Reading a Letter, oil on canvas by Gabriel Metsu (Dutch; mid-1660s); National Gallery of Ireland.
Posted by Glynn at 5:00 AM