“What is Due the Other” by Kent Russell 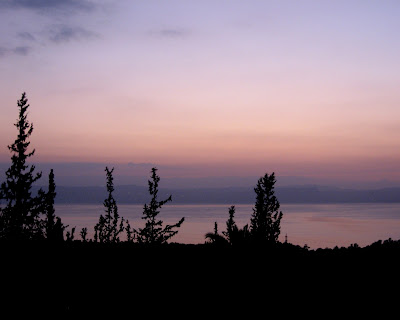 Your mother has been the family breadwinner. Your father has been something of a non-starter. Your mother looks at your writing career, including the book you’ve published, and doesn’t think you have a real job. You and your two older sisters have been raised Catholic, but you’ve wandered. And you don’t feel especially close to your mother.

Then she calls, and asks you to come with her and one of your sisters on a pilgrimage to the Holy Land. And you go, accepting the request almost without thinking.


Writer Kent Russell describes what happened in What is Due the Other: The Diary of a Family Pilgrimage. Part memoir, part travel diary, and part prayer journal, the work describes an 18-day pilgrimage to Jerusalem, Bethlehem, and Galilee, with a group of generally older people led by a Catholic priest originally from India. Kent and his sister Karen are the youngest members of the tour.


The trip, while it has its humorous moments, is not a comedy. This isn’t a satire. But it is also not a traditional account of a spiritual journey. Perhaps the best way to describe is a journalistic account of what happens on a trip to the Holy Land, one in which the journalist will find himself changed. And the change comes not only in spiritual renewal but also in his relationship with his mother.


Russell discovers the reality of the geography of Jesus and Christianity, and it is different from what he understood from the faith he was reared in. He rides in a boat on the Sea of Galilee. He visits Bethlehem, and understands that the manger of Jesus’s birth was more likely a cave. He walks with the group through the Via Dolorosa, Jesus’s last journey that ends in the cross. And the reality of the geography and faith brings Russell to a spiritual place he has not been before, and a place with his mother he has not been before.


The author of I Am Sorry to Think I Have Raised a Timid Son (2015), Russell has written for Harper’s Magazine, GQ Magazine, The New Republic, and The Believer, among other publications.


What is Due the Other is the story of a young man looking to understand his mother better and surprising himself by deepening his faith in the process.


Photograph: Sunset on the Sea of Galilee by Fina Dittmer via Public Domain Photos. Used with permission.
Posted by Glynn at 5:00 AM

Email ThisBlogThis!Share to TwitterShare to FacebookShare to Pinterest
Labels: book review, faith, Holy Land, Kent Russell, pilgrimage, spirituality, What is Due the Other