“The Ferryman” by Jez Butterworth 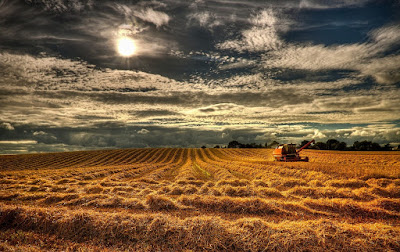 The story opens rather ominously. A body has been found in a bog; the man had been missing for 10 years. It’s clear that he had been executed – his hands had been bound behind his back and he was shot in the back of the head. Two men attempt to convince, and then successfully threaten, a Catholic priest, to convince the man’s older brother to let the death be.


Switch scenes to a farmhouse early on the day of harvest in 1981. The Carney family is waking up, and it is a large and extended family. Quinn Carney is the family head; he and his wife Mary have seven children, stretching from the teens to a baby. Living with them is Quinn’s sister-in-law Caitlyn and her son Oisin; Caitlyn’s husband disappeared 10 years before, although periodic rumors report sightings of him in Ireland and England. 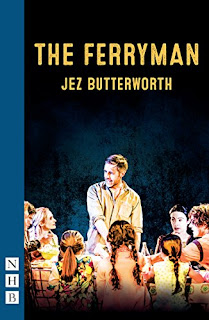 The family includes three aging relatives – Aunt Maggie, afflicted with dementia; Uncle Patrick, who likes his liquor; and Aunt Patricia, who is rather sardonically funny and lives to hate Prime Minister Margaret Thatcher.


This is Northern Ireland. It is the Time of Troubles, the Irish Republican Army, and random and not-so-random violence. And what looks to be a happy, loud, and somewhat raucous family will discover the violence of politics and the politics of violence rearing their heads.


This is the story of The Ferryman by British playwright Jez Butterworth. It’s a moving story, and a disturbing story. It is also a story that, while it may be about Northern Ireland and the IRA in 1981, it is also a story very much with us today, in this age of extremist politics, protest, division, and anger. And this is true for both reading the play and seeing it performed.


As such, the play can be considered a warning against what happens to the family when politics and violence fuse together.


Butterworth is one of Britain’s leading playwrights, and the author of several previous plays, including Jerusalem, Mojo, The River, The Night Heron, Parlour Song, and The Winterling. The Ferryman debuted in April in London and is currently playing at the Gielgud Theatre.


The minor character of Aunt Pat is a critical one to the story. She not only directly introduces the edge of politics into the play; she also represents the longstanding bitterness and anger against the English that fueled so much of the IRA’s activities.


But it is the character of Quinn Carney that is the critical one. He’s a man in love with his sister-in-law and not his invalid wife; he restrains himself politically and focuses on his managing his farm. But he also has a past as a former IRA soldier. And as the growing shadows gather around Quinn and his family, the question becomes what he will do.


The Ferryman is a hard story, but a story that needs to be told. And read.


Top photograph of harvest in Northern Ireland via WallpaperStock.net.
Posted by Glynn at 5:00 AM