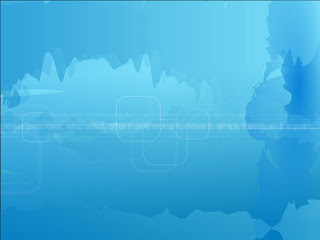 It surprised me that it was colored,
colored blue, in fact, I had never
considered that it might even have
a color, or if did, it would be
a rainbow, but no, it was a
sky blue of different shades, rounded
and soft in places but with a jagged
edge, too, like a sharpened dagger
aimed at what, hearts? At its center,
for it had one of those, too, were
three interlocked boxes, three in one,
and a fourth box off to the side, like
but separate, the only box I was
allowed to open, to find a sky blue
mirror edged in a sky blue flame.
And a voice called it faith.

This poem is submitted to the Poetics prompt at dVerse Poets – what invisible (yet real) thing might you see with a third eye. To see more poems, please visit dVerse Poets.

Ooh... I LOVE this one, Glen. Faith is undescribable, but you did great with it.

sky blue and limitless with possibilities eh? three boxes and one off to the side i can open...really nice touches to this glynn...

i like the art before we see any text and the bits about blue in the story, and i like the nifty ending.

wow - i like how you made faith visible for us..and in such a way i really think i can run my hand across the screen and feel it on my finger tips

I love this--ascribing the color blue to faith. And why not? Clever write, Glynn.

I too enjoyed the undergirding of the work, building a strong poem.

Love this Glynn! I too see blue, the sky blue of a late summer afternoon...wonderful write, wonderful faith! Thank you...

This makes me want to open that box too, Glynn! Blue is a very nice thing to unwrap. And there is something about looking up...

The voice of faith is a wonderful voice, specially when we don't know or are not sure of the real "colours" of boxes, people and events.

Thanks for sharing this wonderful gem ~

I took the trip with you. The sky and the sea can be blue on blue.

One of your most intriguing, Glynn. Its beauty keeps pulling me back..

Love this, as everyone said it felt so "right"..as though we have never known but has always known this. I love when I am presented with this kind of truth. It restores a little bit of something, faith perhaps, that I thought was lost. Lovely!

This is amazing...deeply moving. A gift. Thank you Glynn.

Nice plunge into the metaphysical, using the symbols adroitly, as always.

I know I should be content with the faith you found in the fourth box, but part of me wants to know what was in the three interlocking boxes. But, content I shall be. Very nice. Peace, Linda