Out pours the pain 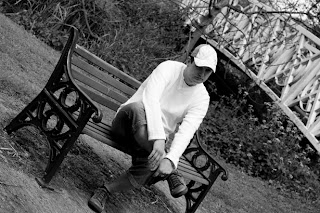 It was just a normal, casual conversation between two friends. There’s a difference in our ages, like about 20 years, but our interests, temperaments and personalities more than bridge the age difference. He’s the younger of the two of us, but I have a profound respect for him as a professional and as a person. Not to mention the fact that we share the same faith.

And then he said something, about a situation he was dealing with at work. I went silent.

He took my silence as listening, and it was. Deep listening. Deep interest. He continued to talk, providing details. I listened harder. I could hear the pain in his voice.

Here was a guy who was unbelievably creative and innovative, a warhorse for work, could handle a dozen projects simultaneously and handle them well, worked hard, and the rewards and recognition went to someone who couldn’t hold a candle to him but did know how to work organizational politics.

It was tantamount to a betrayal.

I closed my eyes. The hurt came pouring out of him. Other people in his organization were just as upset. Everyone knew what had happened. Everyone knew a profound injustice had been done, that in its usual oblivious way the organization ha d communicated that hard work, results and innovation placed a very distant second to telling the boss what the boss wanted to hear.

I listened to his pain in his heart.

What I was hearing was the pain in my own heart.

I’ve been there, I thought. I’ve been there too many times. I know what you’re going through, know it better than you realize. I’ve lived this. You’re telling me my own story.
Then he got to the worst part, and I knew this was coming. I've lived this story.

“I feel like crap for thinking this way,” he said. “I have a good job. Our needs are met. I feel like I’m shaking my fist at God for how unfair it all is.” Nothing like a sense of unthankfulness to dredge up good old Christian guilt.

Constructed within this image of God that we all bear as human beings is a sense of rightness, of justice, of good work and faithfulness being rewarded. We bristle when unfairness and decisions made on personal preferences prevail. Sometimes we’re outraged. It’s not that we don’t understand the big picture in the workplace, which is what we’re often told. We understand the big picture better than a lot of managers realize.

So what did I say, do I say to my friend who hurts?

“It happens. It may happen again, and it will hurt just as much, because you simply can’t get used to it. Doing the wrong thing four times doesn’t make it right. But you have to find ways to get through it.” I’m quiet for a moment. “When I look back, I realize that, for all my hurt and pain, I wasn’t alone. Those were the times that I grew, that my faith grew. I wish there had been an easier way, but it’s what happened. My faith grew. The injustice of man does not overwhelm the justice of God. And God is faithful, even when I shook my fist at him.”


Over at Faith Barista, Bonnie Gray has asked us to write about a time recently when we’ve felt close to God. The account I’ve written here started in the last week. To see more posts, please visit Faith Barista.

Photograph: Lonely Man by Anna Cervova via Public Domain Pictures. Used with permission.
Posted by Glynn at 5:00 AM

"The injustice of man does not overwhelm the justice of God."

This is close to home, Glynn. Pete and I worked in a Christian organization where the politics won over hard work, and I watched my husband lose a promotion that was given to someone who had the least seniority in our office.

Hearing that others have experienced this makes it somehow easier. I know that your encouragement from this place is genuine. That growth in you - it changes us too. I am grateful for your sharing today.

My husband, hard-working and company loyal, once lost a job because his boss was a perpetual liar, and he took the fall for something his boss did. It was unjust and totally unfair. It was several years before he could look back and see how that slammed door opened another. But it hurt big time and was so unfair. The pain never totally goes away.

But "the injustice of man does not overwhelm the justice of God."

(Others were also fired over the next few months before management figured it out and finally fired the boss.)

You and your friend sound an awful lot like my husband. His integrity has cost him dearly, but how could he be anything else?

Your friend is blessed to have you walking and listening and talking beside him.

The sad part is -- we keep doing these things, hearing of these things and people keep getting hurt.

I wonder when will we wake up?

Good post Glynn. You are a wise and faithful man.

How many similar stories we all carry around. That your friend could find your empathetic ear matters greatly. It's a very lonely place to be when this happens to you and you don't have a way to unburden yourself.

You're right Glynn. That is part of growing up. We all have to walk through situations that just aren't fair. The lesson to learn for us is to FORGIVE. That is often a stumbling block.

Thank you for sharing your heart!
Beth

What a great post! This really spoke to me, "“When I look back, I realize that, for all my hurt and pain, I wasn’t alone. Those were the times that I grew, that my faith grew. I wish there had been an easier way, but it’s what happened. My faith grew. The injustice of man does not overwhelm the justice of God." It is so hard to see God poking and prodding at us in the midst of heartbreaking times. But praise God he is breaking us, for that is what molds us into the image of Christ...and that is something to be joyful about! Glad to be a new follower! Thanks for sharing this today.

I have an angry blog called Working Dangerously about abuses of power in corporate culture. I started the blog when I signed up to participate at High Calling because I thought if anybody would be willing to discuss this kind of thing, it would be Christians who have a transcendent perspective. Whether in business or in governmental organizations, networked incompetence is pervasive. The damage to individuals and organizations is evident nearly anywhere you look. Glynn is an honest observer who has done battle with abuse on many levels.


After ten years working for the software bully of the world, I have stories of my own, but the most helpful story is God's faithfulness in the recovery after dealing with power mongers who usually can't be beat in organizations. When your living depends on the job, you have to be diplomatic. Sometimes it gets so bad that you fight, and maybe you win a battle. I've generally lost the war, but, I have found that there is life after loss, and in my experience, the new beginning is better than what went down the tube.

yes.
not only did your faith grow, but, now your faith is growing again, as is your friend's faith, as you walk through it along side with him.

What a story, but that's politics. It's everywhere and more openly blatant at our work places. Stop by and share with us, we welcome your support.

This brought tears. I have watched it happen to my husband over and over, and have walked through it myself. God sees and knows and feels our pain. I think of Joseph, sold into slavery by his brothers, falsely accused and imprisoned, forgotten for years until one day...God arose on his behalf. He will for us too. Actually, He already did, and we are learning to be like Him, to arise in the character of Christ. This is the greatest promotion! Thank you for sharing, Glynn. Blessings to you and your friend and to all who are going through the process. God's peace and favor and blessing always.

"...even when I shook my fist at him" followed by "We're still talking."

We all have a sense of justice deep within us, part of our being made in the image of God. And unfairness hurts. I'm glad your friend had you to talk with. You did well in listening and giving such sage advice. We can definitely learn from experience, even when the lessons are difficult.

Your friend is blessed to have you in his corner. We all need someone to listen hard.

I take your counsel to heart Glynn. It may happen again and again...countless times over. But you write truth. His justice far outweighs my injustice. I can look back and see His faithfulness. I can move forward with that treasure.

You're an awesome friend. God in you shines brightly, warmly, and steadily.

Glynn, your post was so timely for me. My husband came home this week with some unsettling happenings in the workplace. My natural inclination was to "help". But, your post stuck and your words spurred me to use every ounce of self-will to be silent and to encourage the way you did in this post. And it was water to my hubby's soul. THANK YOU for being such a gracious example to us, humble like the One we follow. You are blessing the Faith Fresh community and everyone here in the blogosphere.