Sippican Cottage’s “The Devil’s in the Cows” 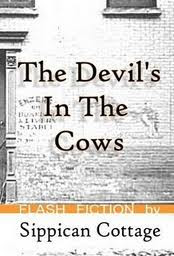 Some years back, when things like blogs and RSS readers first started popping up, I came across a blog called Sippican Cottage. Published by a guy who lived in Massachusetts (I didn’t hold that against him, but I did wonder at first), the blog had one of the most original voices I’d come across. It was personal and common-sense and gritty, and it spoke with the experience of someone who had seen and done a lot of things most of us don’t see and do in our rather sheltered middle-class lives.

In other words, it was a very real voice, without the self-consciousness that it was real; a confident voice, and without affectation.

The blog author, Greg Sullivan, also knew a lot about music (and there’s good reasons for that) and he made some pretty cool looking furniture. He’d also had some interesting experiences with the Massachusetts state health care system, but that’s another story.

I liked his writing, all of his writing. I still do. I saw that every so often he would post an old photo, like something from 50 or 70 or 100 years ago, and write a story about it. A good story. A story that hummed and transformed the photograph. 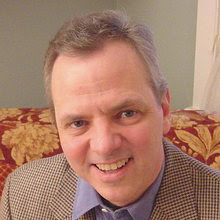 Now he’s taken 31 photos, all from the collection at the Library of Congress, written stories, and collected them as The Devil’s in the Cows. It’s subtitled “Flash Fiction by Sippican Cottage.” Ignore that. Yes, it qualifies for flash fiction, but it’s much more than that. It’s a collection of distinctive, very fine short stories, each a specific idea and narrative but collectively an assembly of voices that are part of our American history and culture, just like the photographs that illustrate them.

A young boy speaks with love and admiration of his older brother and the complex relationships each has with their father. A man takes his wife out to eat, knowing that the eyes of everyman in the restaurant are on her (the prompting photos for that story is one of the “fins” of a 1960s Cadillac). A sideshow barker beckons customers. A photo of a mother holding a baby becomes a meditation on present and future. A sidewalk wrapped in fog becomes a story of the ghosts that haunt all of us.

The amazing thing is how tightly, how concisely these stories are written. Not a word is wasted. Nothing is gratuitous. Each story is singular. And just like the stories I’ve seen on the blog, each story in the collection transforms its photograph (and one story has two).

The Devil’s in the Cows is one of the best short story collections I’ve read. Ever.

The Devil’s in the Cows is available at both Amazon and CreateSpace. (Sullivan’s wife told him to publish it. She was right. Wives usually are. I hope he's thanked her.)

You can see the furniture Sullivan creates at Sippican Cottage Furniture.

And he also has a wonderful blog for boys and their fathers (but don’t tell the mothers): The Borderline Sociopath Blog for Boys.

Email ThisBlogThis!Share to TwitterShare to FacebookShare to Pinterest
Labels: Greg Sullivan, short stories, Sippican Cottage, The Devil's in the Cows

Glynn, this sounds so intriguing! You always share the neatest places. I will have to check out The Devil's in the Cows ASAP.

I always enjoy when writers use art of any kind as prompts. Will check this out.

A talented guy (I peeked at his furniture).

Hello Glynn- You're very generous with your praise and I'm grateful for it. Thanks to everyone who buys a copy.

Oh boy. My summer bedtime pile keeps getting higher because of you! :)(Which means it's just the way I like it!)

What Nancy said is what I would've said had she not already said it.

(that made me dizzy)

And flash fiction? I have some learnin' to do.

I love his blog!

Thanks for bringin' this to my attention. I'll check it ALL out.