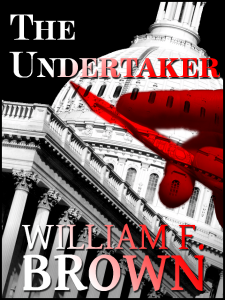 You’re trying to work through the death of your wife from cancer. You’ve left southern California for Boston, to work at your brother-in-law’s computer firm. You’re living a quiet, solitary, cubicle kind of life. And then one day, you walk to your car after work, and a Mafia hit man climbs into your car. And he shows you your obituary. And your wife’s. And you read them to find out that both of you have been buried in Columbus, Ohio.

The hit man leaves. But Peter Talbot translates grief into a raging anger. Someone has stolen the memory of his wife. And he decides to find out who did it. Along the way, he’s going to fund a corrupt attorney, an undertaker who asks no questions, a doctor who performs interesting experiments (like murder), a love interest with the karate-kicking widow of another victim of a similar identity theft, and violence, murder and general mayhem stretching from Columbus to Chicago, Chicago to Boston, Boston to New York, and finally to where the path of corruption ultimately leads, Washington, D.C. 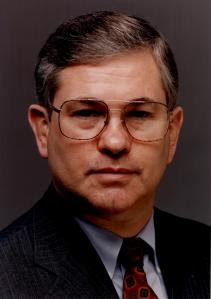 With The Undertaker, William Brown has written one wild, fast-paced, action saturated suspense novel that could easily be an R-rated thriller with actor Matt Damon in the lead. The story never lets up: in fact, the story never even pauses. If you can imagine an ambulance driven by a dead man careening around a mortuary parking lot and a wild car-and-train chase scene near and on the Dan Ryan Expressway in Chicago, then you can capture some of what this novel is about. (having been in Chicago recently, and having driven the Dan Ryan at rush hour, I found this particular scene utterly realistic and totally terrifying.)

Brown has taken what could have been an improbable story and masterfully turned it into a convincing story. The main characters – Talbot and the widow, Sandy Kasmarek – are drawn well and believable (even the karate kicks). And the creepy, sadistic lawyer is a character right out of Hitchcock.

The author has written two previous novels, The Allah Conspiracy and Thursday at Noon. The Undertaker is available only as an e-book, on Kindle, Nook, iBook and Sony Reader. I read it on Kindle, and it’s worth buying a Kindle for.

If I could only catch my breath.


You can read more about William Brown and his novels at his web site.
Posted by Glynn at 5:54 PM