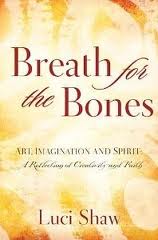 I first heard the phrase in 2002. I was working as an independent consultant, and was in Chicago to meet with a client. Several staff people were in the meeting; my job was mostly to listen and takes notes to write a series of speeches to be given at a conference.

One meeting participant stood out. She would listen to whoever might be speaking, and then respond with, “And the other thing is…” and go on to make her point. I didn’t pay much attention until she used the phrase a third time, and then I started looking at what she was saying and doing (speechwriters are like that; repetitions of words and phrases catch their attention because it’s one of the things they do in speeches).

Each time she used the expression, I could see she hadn’t really been listening to others at all. Typically, “the other thing” had nothing to do with the discussion, and more to do with her point of view prevailing. I thought no one else had noticed this, and it wasn’t the place of the outside consultant to mention it. And then one of the other people in the meeting used the phrased, and everyone laughed. They all saw this, I thought. They all understood she was using a form of control.

I’ve heard the phrase everywhere since. Some people use it as part of normal conversation, unaware of what it implies. Others use it more intentionally, attempting to imply that their point is better or more important, that they’re not really listening to you at all, or if they are, they don’t think much of what you have to say.

And the other thing is…

In Breath for the Bones: Art, Imagination, and Spirit, Luci Shaw stresses the importance of paying attention, and especially how important it is for writers and artists (not to mention people supposedly in meetings). “In order to see truly and deeply,” she says, “we need to learn how to pay attention to the seen and unseen worlds…For us to participate in the dream of creation presupposes our need to pay attention.”

She emphasizes the “pay” part of paying attention. “Paying attention cannot be done in passivity. It demands intentionality, choice, and awareness. And that, too, is costly.”

I continue to be surprised at how little we pay attention to others. For all the emphasis in the workplace on teams, or the “greater good” of the organization at large, we still seem to be stuck on ourselves. Perhaps this is what 30 years of corporate restructuring has taught us to. But you can tell when people pay attention, because you’ve done it yourself and you’ve had people pay attention to something you were saying. We know how the process works.

And if we are to create and innovate, or as Shaw says, “participate in the dream of creation,” we have to pay attention to people, the environment around us, whatever it is that inspires us, and our own hearts. It isn't about the other thing, whatever it is.

Over at The High Calling, we’ve been discussion Luci Shaw’s Breath for the Bones. To see other post on Chapter 9, Paying Attention, and Chapter 10, Creativity, please visit The High Calling.
Posted by Glynn at 5:00 AM

"Wherefore, my beloved brethren, let every man be swift to hear, slow to speak, slow to wrath:"
The wisdom of these words is blindingly apparent to me when I observe others, but so quickly forgotten, if I feel the urge to make myself heard..

That verbal "tick" is a funny one. I can just imagine her saying that.

I am guilty of not paying attention. There is always something else to read or a another thing to do or someone to talk to.

Paying attention means that I'm honor ing that person, even for just a few moments. Is that so hard to do?

I've sat in several times on meetings where a facilitator is being used. The person acts as a "capture manager" listening for and hearing all the important things being said, also all the pros and cons, the suggestions, and the implied and explicit. Knowing how to listen is the person's strength and it's a joy to behold when done well. Having a facilitator available allows meeting participants to be fully engaged with one another and prevents any one person from hogging the floor or disrupting the sharing.

There are a number of tags that can be used to indicate you're hearing the other person. It can be enlightening when the speaker says, "I heard you say...." or "Can you tell me more about...."

I've had a lesson in paying attention this past week. Especially to the little things, which, as Luci points out, are close to God's heart. That said, there is nothing more frustrating than being in a conversation where I am not heard. We all have our agendas, want to get our points made; but the point you make here is so valuable, Glynn. We have to pay attention to each other. It's one of the things that shows the Kingdom of God is near us.

I've been so guilty of not paying attention. Writing has forced me to become better at it. It's amazing how much more you learn when you've got your mouth shut and your ears and eyes open. Go figure.

these words inspire me. and give me a desire to listen to the words as well as what is behind the words.

the idea of the seen and the unseen worlds speaks to me of other things beyond us that are involved. not so much beyond us but beyond our usual surface attention instead of a deeper attention of the heart.

i want to pay attention in a deeper way.
or maybe i could call it "pray attention."

What Nance Marie said... =) so often we pray to see others with his eyes, I don't usually pray to listen with his ears.

there's so much to be seen and heard when we do ...

Glynn- that is a great story of the lady who didn't listen. We see these people often enough, but it's important to look in the mirror, too and ask if we're listening, or saying "And the other thing is.." It's tough in the workplace because we want so badly to exert power and influence that it overshadows the basic human connection of listening. Ironically, the best leaders are the ones who are able to listen and make others feel heard and significant. But to do this, one must overcome their own insecurities and need for attention.
I'm getting better, but still working on it.

Glynn, another GREAT post! In the end, it all boils down to putting others first, being quick to listen, slow to speak, and slow to become angry, treating others as we wish to be treated. Nothing intellectually difficult, or practically easy. May we all have eyes to see and as Patricia so aptly worte, "ears to hear."

I think there are many reasons why "we" don't listen, and some of it is simply the fact that we put ourselves first.

I always strive to do better -- each time I find myself having to say, "excuse me, what did you say?"