Propaganda and The Whole Self

In 1993, the Washington Post published a correction to a story. The correction was rather short: 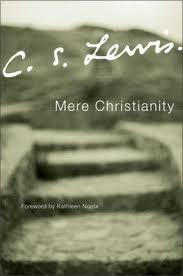 Correction: An article yesterday characterized followers of television evangelists Jerry Falwell and Pat Robertson as “largely poor, uneducated and easy to command.” There is no factual basis for that statement.

The article was by reporter Michael Weiskopf, and it was included in the story as a fact, with no attribution, no study cited or anything else. It was simply the reporter’s opinion, and that (1) he included it and (2) his editor had not challenged it was proof positive, for a lot of people, of the inherent bias against Christians by the national news media. The Post was flooded with letters, phone calls and faxed copies of master’s degrees from followers of Robertson and Falwell.

I can recall the hubbub and reading the story, and I can remember my reaction, even though I was not a follower or admirer of either man: “This is what passes for journalism these days.” I could say that, because my undergraduate degree was in journalism. And my professors would have placed a nice F if I had turned a story in that included that statement.

The world has moved on since that quote. The Christian Right is no longer, and this kind of comment is usually (and just as wrongfully) reserved today for members of the Tea Party.

I wonder what Weiskopf would have made of a statement by a French sociologist and philosopher named Jacques Ellul (1912-1994). In his book Propaganda, Ellul asserted that the people most susceptible to propaganda were not the poor and uneducated, but the more affluent and educated members of society (the so-called “elites”). And the reason, he said, was that they read more and are exposed to so much more, and could not possibly verify everything they read and accepted. What was worse was that they didn’t realize how susceptible they were to propaganda.

I was reminded of Weiskopf and Ellul when I read this week’s chapter in our discussion of Mere Christianity by C.S. Lewis.

Lewis makes that rather startling assertion that theology, in a sense, is an experimental science (I could hear the howls of the professional atheists, but the phrase “in a sense” is the telling one). Some might call it an example of Christian propaganda, but Lewis is actually rather logical about it as he describes how Christians developed the idea of a three-person God (Father, Son and Holy Spirit). He compares it to how a geologist would study rocks by examining them, with no cooperation needed from the rocks; how a zoologist would study live animals (cautiously and quietly); how you get to know something about a person (with his agreement and cooperation – the initiative would be divided); and how someone would get to know more about God – when the initiative lies entirely on God’s side.

Once God takes that initiative, “The instrument through which you see God is your whole self.” That lens of the whole self may and usually does take an entire lifetime to repair and clean, because we come to this process broken and sinful.

If a reporter – as broken and sinful as the rest of us – doesn’t understand God, we shouldn’t be surprised to see boneheaded opinions made about God’s people expressed in a news article.

But to be fair, we Christians – we educated Christians – can be just as susceptible to propaganda. Last year, I was reading an article in Christianity Today about food, of all things, and stumbled over statements made as fact with no references, citations or footnotes. Like Wesikopf’s statement in the Washington Post, the statements assumed that people reading the story would simply agree, and the writer or editor or both felt no attribution was needed. They were opinion, not fact. No one, including me, challenged the statements. No corrections were run. But they were just as wrong – and prejudiced – as the one in the Washington Post.

Our online discussion of Mere Christianity is being led by Jason Stasyszen at Connecting to Impact and Sarah Salter at Living Between the Lines. Please visit their sites for additional posts on this chapter, “The Three-Personal God.”
Posted by Glynn at 6:01 AM

As you know I love it when you bring a part of the discussion on Mere Christianity and your thoughts on it and blog about it.

I still read The New Yorker, not for its politics but for its fiction, movie and book reviews [not that it matters], and I have to be careful about what I take from some of what I read.

I liked being reminded here of how any of us can be lead down a wrong path and believe something that is simply unfounded.

We both wrote on the same 'subject' but from different viewpoints.

Great article Glynn. Filled, as yours always are, with solid fact and prose.

Christianity seems more of an experiential, than experimental science to me. Though observing how alterations in how we approach belief can affect our hearts and actions might prove interesting.

And, apropos absolutely nothing, why is it that Christians are generally considered right of centre in the USA, whilst in Britain the "mainstream" churches are often thought of as left-wing? Where is your Christian Left?!

You are so good to remind me to be oh, so careful, especially in my columns. Thank you.

JofIndia -- generally, the "Christian Left" in the U.S. is associated with some of the mainline Protestant denominations and groups like Sojourners. I can't say I like any of the labels people apply -- "Christian Left" is as misleading as "Christian Right." The right and the left is each label applies to political positions as opposed to "Christian."

There's a lot to think about here, Glynn. Thank you.

Journalism in my high school (I'm talking late 1960s) emphasized the most rigorous application of standards of intellect, fact-checking, and probity. I would have been horrified and deeply embarrassed to have handed in a story with the errors, misstatements, and opinions parading as facts that are found in many articles today. I don't know to what to attribute it. Intellectual laziness? Lack of editorial standards? Poor training? It all feeds a system that needs correcting.

On the matter of labels: I can't think of a label that isn't suspect, that isn't short-hand for a judgment that otherwise would not be acceptable or justifiable. It saddens me that we continue describing others in terms that add nothing to our knowledge or understanding of issues.

As observers of journalism, we see how maniupluated we can be. Just take the latest hurricane. It was big and yes people did suffer, but the media hype surrounding it was much more than it should have been.

I guess we can fight the misconceptoins, or just live our faith in a genuine way and let God sort it out.

i like how you can take the good parts from what you read and make a great post.

perhaps i can learn to focus better. the last few chapters will be good practice.

i am guessing that many in the lime light regard any attention in the media as good for their career...and it is probably true.

anything questionable or outlandish is used to manipulate and get people's attention. it reminds me of a circus. and yet, it can also be done in much more calculated and less visible ways.

there are certain known mags and programs that hold themselves to a higher standard. most of the people that care about the truth know these. but, still, it doesn't take much to make the mistake of saying something that is not true, or to believe something that is in writing.


i am glad that there exists such a thing as desire for truth.

Bias seems to be expected these days. Sad.