Steve Sem-Sandberg’s “The Emperor of Lies” 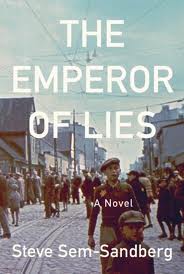 Isaac Bashevis Singer, who won the Nobel Prize for Literature in 1978, dedicated a good deal of his writing life to the preservation of Yiddish stories, language and culture, which had been nearly destroyed by the Holocaust in World War II. Singer was the son of a Polish rabbi; his mother was the daughter of a Polish rabbi. He emigrated to America after Adolf Hitler gained power in Germany, and over the course of his literary life became best know for his short stories.

It was Singer who came constantly to mind while I read Steve Sem-Sandberg’s The Emperor of Lies, for what Sem-Sandberg has done is to painstakingly recreate the Jewish ghetto in Lodz in central Poland during the war. With this extraordinary novel, he has preserved the history of the ghetto, its government, its people, its brutality and its horrors, from the time of Nazi occupation in 1939 to the liberation by the Soviet army in early 1945.

Utilizing records, histories, archives, newspapers and other existing materials, Sem-Sandberg has recreated the story of Mordechai Chaim Rumkowski, “chairman” of the Lodz ghetto through the entire period of occupation. Rumkowski is a historical figure, as are many of characters of the novel, and has been generally understood to have been a kind of collaborator/puppet/despot. He is indeed all those things in the novel, and more that are worse, but the author seems to have almost gotten inside Rumkowski’s head. The reader comes to understand how this man justified his decisions and actions, how he viewed the ghetto, how he sacrificed people to remain in control of his larger purpose – the most productive manufacturing community in the entire German Reich, for that, he believed would ultimately save them.

And, of course, it didn’t. Rumkowski misled his people, and he also misled himself. 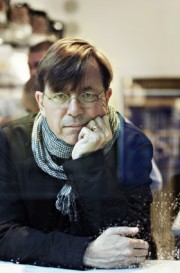 The Emperor of Lies is about more than Rumkowski, and as his control begins to slip, we see the other characters coming into sharper and sharper focus. It is in these individual stories, of heroes and collaborators, traitors and everyday people desperately seeking to stay alive, that the world that was the Jewish ghetto of Lodz truly comes alive. These stories are more than just backdrops to the central role of the leader of the ghetto; they become the vehicles through which memory is preserved.

The world of the ghetto was a hierarchal society of a ruling elite, mostly Rumkowski and his family and friends; the Jewish police who enforced order and obedience for Rumkowski and the Germans; the people fortunate to have obtained easier, white collar jobs; the people who did the hard work in the factories; and the “unproductive people,” the elderly, the sick and the young children, the ones who were most expendable and the one who would be the first to be “deported,” which meant sent to the death camps.

The novel is a story of horror, of what people crazed with fear and hunger will do to stay alive, of how people turned on each other for whatever short-term benefit could be had, and people who somehow managed to retain their humanity in the face of a very brutal existence.

The Emperor of Lies is an amazing story, told with understanding and heart. Sem-Sandberg holds back from judgment; it would have been a very different, and far less successful, novel had he sat in judgment of his characters. Instead, he tells their stories, much like Isaac Bashevis Singer told his stories, with understanding and even love.

The novel was an unexpected best-seller when it was published in Sweden in 2009. It is a big novel, with more than 650 pages, including appendices and a very helpful list of characters. The story is told so well, however, that you soon forget the size and get wrapped into the world of the ghetto in Lodz.
Posted by Glynn at 3:00 AM

Makes me wish my dad was still alive to read this so we could have grand conversations about his Polish emigrant parents and upbringing. Thank you for this... I'm jealous of the ground you cover, but glad I get to benefit from it.

I've read a number of historical accounts of Lodz and only a couple of fictional pieces. Would that it had been fictional! It's been mined richly.

I got a copy of this book at the BEA in May, but haven't read it yet. Thanks for the great review to spur me on.