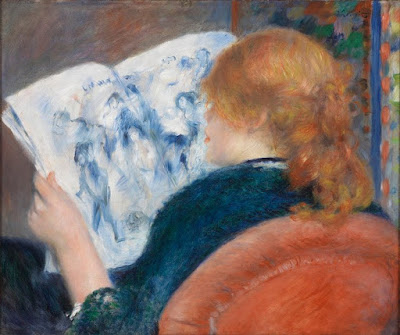 As the coronavirus pandemic loomed, New Orleans carried on with Mardi Gras as usual, and likely made its own virus situation worse. This year, all parades are cancelled. It isn’t the first time that the city had to shut down the Mardi Gras season – wars, epidemics, and even a threatened police strike did it before. But for 2021, enterprising New Orleanians have devised a new way to celebrate the city’s favorite season – Mardi Gras house floats.

Large corporations have been embracing what critics call the “culture of woke” – adopting values and programs more associated with the progressive left than the executive suite. It seems that may also embracing something else – Science Switch recently reported that companies listed in the Fortune 500 are more likely to commit financial fraud.

A man watches his beloved wife slowly, then more rapidly, become gripped by Alzheimers disease. Joseph Mussomeli at The Imaginative Conservative describes the journey of his wife, himself, and his family. This one brings tears.

The media has to do better than this – Damon Linker at The Week.

Democracy dies in the media – James Bowman at New Criterion.

“‘Tis folly to say the people must have news”: Sherman, the Press, and Our Own Culpability – Chris Mackowski at Emerging Civil War Blog.

The Technological Society Can’t Save Itself – L.M. Sacasas at Fare Forward.

Robinhood Destroyed Its Brand in Less than a Day – Jason Aten at INC.

The Fear of “Phobic” – Alan Shlemon at Stand to Reason.

Democracy Betrayed: Lasch’s 'Revolt of the Elites' at 25 – Rod Dreher at Law & Liberty.

Priory Church of the Order of St. John – A London Inheritance.

Why this famed Anglo-Saxon ship burial was likely the last of its kind – Erin Blakemore at National Geographic.

A Pastoral Inheritance: James Rebanks and a Tribute to Our Late Cathedral Sacristan – Mark Clavier at Front Porch Republic.

What Rosa Parks’ Legacy Means for Love at Work – Caroline Cross at the Institute for Faith, Work, & Economics.

The Perils of Fame: Sylvia Plath and Seamus Heaney – David Mason at The Hudson Review.