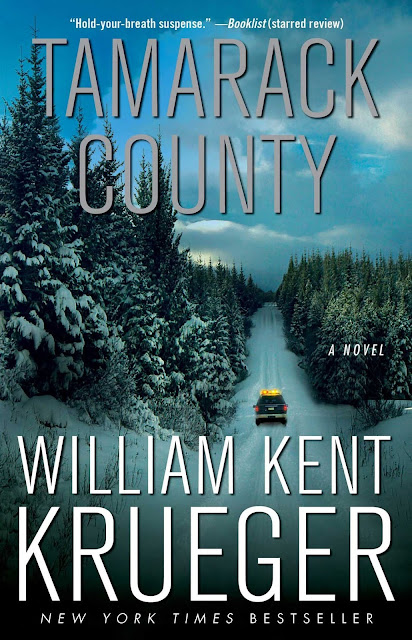 It begins with a murder. A 70-year-old woman in Tamarack County, Minnesota, is driving home on a cold, snowy day. As she pulls into her long, winding driveway, she sees someone she knows, kneeling in the snow. Minutes later, she’s dead. Her car is found miles away, but she’s believed at first to be missing.

A beloved dog is killed, and his head is missing from the body. Two teenagers are followed by a mysterious pickup truck and eventually run off the road, nearly dying. All of these incidents seem unrelated and random, by former sheriff and now private investigator Cork O’Connor begins to sense connections.

O’Connor has his own personal problems. His great love has gone to Arizona to help her son. His youngest daughter unexpectedly returns home from her Catholic religious order, refusing to say anything about why she’s home. His teenaged son is smitten with a new love. And O’Connor himself finds himself attracted to the mother of his son’s new girlfriend.

Tamarack County is the 13th Cork O’Connor mystery by William Kent Krueger. Reading the 13th mystery novel in a series of 18 a bit disorienting, because you quickly realize there’s considerable back story. Krueger does well, however, to write the book so that the disorientation is kept to a minimum. It’s a fascinating story, with the reader kept wondering (and reading to find out) how all of these seemingly disparate events (and crimes) can possibly be connected.

Krueger’s Cork O’Connor series are all set in the North Woods of Minnesota. He’s also published three standalone novels: Ordinary Grace, The Devil’s Bed, and This Tender Land. He’s received a number of awards and recognitions, including the Minnesota Book Award, the Loft-McKnight Fiction Award, the Anthony Award, the Barry Award, the Dilys Award, the Friends of American Writers Prize, and the Edgar Award from the Mystery Writers of America. His last nine novels were all New York Times bestsellers. Krueger lives in St. Paul, Minnesota.

Krueger has created an engaging, sympathetic hero in Cork O’Connor. He’s a flawed man, but he’s instinctively the kind of man we want around in a crisis – or a crime spree. Tamarack County is so good that I plan to go back and read the first 12 in the series.