The Conference Unlike Any Other 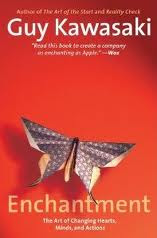 In 1994, my boss assigned me the task of chairing the annual Public Affairs Conference for the company. This was a meeting that brought all of the PR, government affairs, industry trade relations and assorted other “affairs” people together to hear speeches, participate in workshops, schmooze and hear senior executives talk. Chairing the meeting was ostensibly a great honor; actually it was a royal pain that everyone tried to avoid. My boss had asked several others before he got to me.

We attended these meetings because we were required to attend them. It was three solid days of meetings, not to mention the travel time for people coming from all over the world. Attending was something you had to do but it had never been something that people looked forward to and enjoyed.

I thought I had an angle on how to change that. I decided that this meeting would be different – it would be designed for people to learn something, something that might actually benefit them in their jobs. It wasn’t going to be what it had always been – sitting for three days and listening to talk.

The previous year, we had launched the company’s first email newsletter, and had even run an experiment with an online magazine delivered to people’s email boxes. The electronic world was just getting beginning to come alive, and web sites were beginning to appear (although virtually none in the business world at that time).

I hired a technology firm to help (there were precious few of these back then, too; this one was the only one in St. Louis, and it hadn’t done what I was going to ask it to do for this meeting). We planned and plotted. I went our looking for speakers, and got two then-significant names by the sheer good fortune that both had had speaking cancellations elsewhere for the time I asked them to speak. We looked for who was doing cutting-edge electronic communications, and we asked them to come talk, present and interact with people. No one was asking for this back then, and they accepted to a person. We had not one turn-down.

The conference was held at a resort some 45 miles west of St. Louis. People would essentially be captive for three days, so I and my technology firm were determined to blow their socks off.

Upon arrival, every participant was (1) videotaped doing a short interview by (2) the person who had arrived before them. You didn’t get your room key until you did the video, and people knew that the video would become part of a conference CD. Then people were assigned into teams, where they were given specific assignments for what would now be called “creating content” for the CD. In some cases, they had to talk with outside speakers, or be guinea pigs for what the outside speakers would be demonstrating. But every person and team had a substantive assignment.

So, for example, some people worked with the editor of Newsweek Interactive to demonstrate how the new CD magazine worked. Some got to show how people were beginning to use online research. Some introduced speakers. Some presented with the speakers. One speaker addressed how radio, television and now the internet were changing political campaigns (the government affairs people sat up and took notice). Another challenged the very notion of how we all did our traditional jobs – because that was beginning to change. We even were able to get hold of a copy of a just released movie that demonstrated incredible computer-generated special effects – the movie had just opened in U.S. theaters. It was called Jurassic Park.

Each night after dinner and usually some fun activity, I’d sit with the technology team, working into the small hours of the morning on editing, coding and assembling the CD. At the grand finale session, we showed the actual CD in progress – and the attendees did something unheard of for one of these conferences – they stood up and cheered.

This was 17 years before Guy Kawasaki published Enchantment: The Art of Changing Hearts, Minds and Actions, the book we’re currently discussing at The High Calling. But for that meeting, we did what he tells you to do to “tell a great story and immerse your audience.”

We involved everyone in the “story” of our meeting. We made it different from past conferences. We had people doing hands-on demos of everything we were talking about. We planted seeds of possibilities. We translated “electronic communications” into what was happening in people’s day-to-day jobs. We illustrated the key points. We showed people “the magic” and found a multitude of examples. We changed mind-sets and enchanted all the influencers.

And we also got to have our own private showing of Jurassic Park.


To see more posts on Guy Kawasaki’s Enchantment, chapters 5 (“How to Launch”) and 6 (“How to Overcome Resistance”), please visit The High Calling.
Posted by Glynn at 9:00 PM

Involving the attendees was a fantastic thing to do. I can't even imagine the planning that went into this as well as the interaction throughout the whole conference.

Glynn, this was so creative! And I can't imagine the work involved. It just goes to show--when you have an enchanting idea, the work is just a sidebar. Well done! Wonderfully illustrates this week's chapters.

Besides all the other elements of success in this, there is the fact that instead of expecting people to listen for three days, you actually asked them to speak and contribute to the events of the conference. That arrival interview is of the essence: the purpose of the conference is to find out who people are and enable them to contribute their skill and knowledge now and afterwards. How many conferences and meetings have we all attended in which the methodology said, more loudly than anything else, that the purpose of the event was to program people as if they were machines? And that the organizers know best what needs to be done and how to do it. What an amazing story!