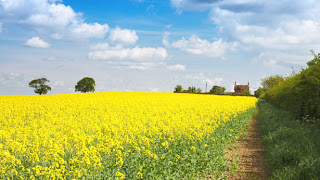 I am about five years old. I’m wearing a white collared shirt and short pants. I’m sitting on the back of a large pony or a small horse, patting its neck. The sun is shining. There’s a barn structure in the background. I’m smiling at the camera.

There’s nothing written on the back of the photograph (still in my mother’s possession or I’d post it here). But it is the first time I visited a farm.

The photograph is so clear it’s evident that I and the horse are perfectly still. It could be a painting.

The farm belonged to my step-uncles, who were as old as my grandmother (and their stepmother). They were Uncle Eddie and Uncle Leo Jacob, the children from my grandfather’s first marriage. They had lived in New Orleans for many years, and then moved across Lake Pontchartrain to a farm near the little town of Ponchatoula, the self-proclaimed “strawberry capital of the world.” They raised mostly vegetables to sell in the New Orleans market (if you live in New Jersey you’d call it a truck farm).

My uncles were almost adults by the time my grandfather married my grandmother (it was her second marriage, too, but there’d been no children from her first.) So while my mother’s older siblings knew them as part of the family, my mother and her younger siblings didn’t.

But they were all Jacobs, and that counted for family. So there was an occasional visit to the farm in Ponchatoula. I’d like to say I have warm and extensive memories of visiting the Jacob farm, but I don’t. I don’t remember it at all. As I got older, I’d see Uncle Eddie and Uncle Leo at the occasional family reunion and the occasional funeral, but I really didn’t know them.

Their father – my grandfather – died of a burst appendix in 1935, long before I was born. But that photograph of me on the horse at my uncles’ farm connects me to them, and through them to the grandfather I never knew. It also connects me to a family that’s mostly scattered and seems to get together only for funerals now.

Uncle Eddie and Uncle Leo died many years ago, not long after my grandmother in the mid-1970s when she was in her 90s and they were in the 80s.

The farm was simply called the Jacob Farm. I wish I knew the horse’s name.


To see more posts based on the prompt “farm,” please visit the One Word Blog Carnival hosted by Peter Pollock. The links will be live at 10 p.m. Central time tonight.

Photograph: Farm with field by Petr Kratochvil via Public Domain Pictures. Used with permission.
Posted by Glynn at 6:31 PM

Perhaps because I spent many happy Sundays at my grandparents farm, this photo and your opening lines pulled me in. There's something about the word "farm" that sends memories cascading. I'm not familiar with the One Word Blog Carnival. Will have to go check it out.

It's fun to hear stories about where you, Glynn, came to love the farm and the farmer. Thanks for this.

Lovely memory. Wonder if the horse's name is on the back of the picture.

I'm always thankful for pictures. They tell stories and make us curious for more stories. Glad you have that photo stamped in your memory.

And, I'm curious. Knowing the horse's name would...

Old family photos are haunting. I find myself staring at them, wondering about these lives - every bit as full as my own 0- that are now compressed into a few stories and legends.

What a great memory! I've always loved horses and farms. Thanks for sharing this.

that sounds like a keeper photo.
i'm glad she still has it.
it would be cool to frame it.

thanks for sharing, Glynn.

Why not name the pny now?

Riding a pony must be every childs dream! Visits to the "Farm" are also memories to cherish. My Grandparents owned what they called a ranch. They grew olives and oranges. They did have a garden, and a few chickens, but not farming with fields of wheat or grain. Anyway, I do have fond memories of visiting them at their ranch. By the way, my mother, and also myself were born there with a country doctor in attendance.

My mother grew up on a farm, but even though I visited it when I was young, I have no memories of it as my grandparents moved to "town" when I was four or five. My older brother and sister have many memories of it -- the creek, the tobacco sheds, the outhouse, the pump, and of course, the upstairs bedrooms where they slept when they visited.

There is a picture of me sitting on a blanket on the front porch of the home place; I was about four -- but I have zero memory of the place at all.

The title of this, btw, made me giggle.

Was I supposed to?

Funny how with digital cameras how pictures have lost that nostalgic "magic". It just isn't the same to look at an old picture on a computer screen as it is to see an old photo, with its colors fading and edges fraying. Those kind of pictures take us back in time. Ok, that had nothing to do with farms, but that's what stirred me.

I love stories like this... just to dwell in a memory for a bit... and wonder. My Mom spent her summers on a farm with a very inventive father, he could make anything work. I spent my summers growing up there too. The big field stone garage built into a hill was renovated a few years back, completely modernized except for one small closet that houses the mechanical workings. It's still one of the first things I do when I arrive... go stand in that closet and breathe deeply. I can see my grandpa (through my nose of all things) standing there in that garage workshop, the smell of oil, gasoline and the cold, earthy smell. It brings me such pleasure. I hope you find that picture some day.