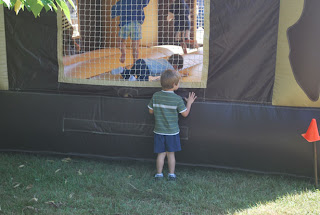 As a child, I loved games, especially board games. A lot of the game I played as a kid are still around – Monopoly, Clue, The Game of Life, and Chutes and Ladders, not to mention Checkers and chess.

In 1976, my wife and I were this young couple living in Houston, and I was in the middle of a mystery reading binge -- Dashiell Hammett, Philip Marlowe, Agatha Christie, Margery Allingham, G.K. Chesterton and his Father Brown stories, Dorothy Sayers, S.S. Van Dine and a lot more. One weekend night, we had a bunch of friends come over to play a mystery game. Now this was several years before someone dreamed up a “mystery game in a box” and, yes, I should have copyrighted the game I put together. But I wrote a mystery, worked out roles, developed clues and hid them all over our apartment. Each clue contained a clue to the next place to find a clue.

It was great fun, and people tripped all over each other (it wasn’t a big apartment). I don’t remember what the mystery was but I do remember who won – a lawyer and his wife. Everyone else ate and drank and socialized while they played the game; he went straight for the solution. It was a costume party as well, with Holmes and Watson, Charlie and Jimmy Chan, Nick and Nora Charles and a few others. (And we had prizes!)

Then, when we had kids, I played board games, card games, hide-and-go-seek games, and who knows what all else. My oldest was ultra-competitive (my oldest is still ultra-competitive) and so I had to make sure he won some and lost some. He hated losing. He still hates losing.

I’m not sure when I stopped playing or enjoying games. But I did. Perhaps it was when they became so serious. Like at work. I discovered games at work in my very first job after college graduation. I was amazed at how much some people would spend playing games in the office when they were supposed to be working. Of course, they tended to get the promotions, too. They had learned early on that games were important.

It’s a lesson I’ve never learned. Or, better said, it’s a lesson I refused to learn. About 30 years ago, I interviewed for a job in another part of the country, spending an entire day talking with the people I would be working with. When I got home, the headhunter who arranged it all called and asked me what I thought. “Well,” I said, “they’re very nice.” He pressed for more details. “I think they’re going to get their lunch eaten,” I said. “They really don’t have a good sense of who they are or what they’re doing.”

He laughed (and this was his client). “What kind of predatory instincts do you have?” he asked.

“I don’t,” I replied. “I know exactly what mean – that I could walk in there and even at my age run circles around them, and my boss wouldn’t know what hit him.”

He thought I was missing a great opportunity. He was right.

What he didn’t know was that I hated the games, and no opportunity was worth that.


To see more posts on games, please visit the One Word Blog Carnival hosted by Peter Pollock. The links will be live at 10 p.m. Central time tonight.

Photograph: Looking In by Peter Griffin via Public Domain Pictures. Used with permission.
Posted by Glynn at 9:00 PM

Such games always come down to lies, in one form or another. I'm a lousy liar, and I'm with you, Glynn. If the game isn't straight up, it's not worth winning or even playing.

Not a fan of those games either. Great analogy and take on the blog topic.

Game playing in relationships is equally destructive. Just let your yes be yes, and your no be no. Ok?

You are a fabulous man!

and PS -- my family used to play a game we called.... Dictionary. We'd get the dictionary and take turns finding words no one knew the meanings of and then we'd create defintions and you'd have to guess the right one.... yup. should have copyrighted it :)

It takes a lot of courage and conviction to refuse to play the world's games, but we shouldn't be shocked we're called to do the same. It's exactly what Jesus did. Great post, Glynn. Thanks.

I suppose those kind of games exist no matter what the business. I don't like them either. They take away from the objective.

You did a great thing to pass up a job where you knew there was game playing going on.
I am with you, that we must allow our children to win at Board games once in a while. :-)

On a side note, I will never play chess.

thanks for writing this. Our older children have seen some games I wish they never would have, in college. We need to keep praying a hedge about them.