The Worst Century Ever 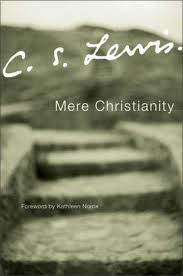 The other day I heard someone talk about the 20th century as being one of the worst centuries in the history of mankind. We all know the reasons why anyone might say that – World War I, World War II, the Holocaust, Vietnam, Soviet oppression, hundreds of millions of people killed in Europe and the Soviet Union, the nuclear bomb, the Great Depression, the killing fields of Cambodia, the genocide of Rwanda, and on and on.

Of course, the 21st century didn’t exactly start off any better; think 9-11.

The question is always why. Why did a nation like Germany, arguably among the most educated and civilized nations in the world, descend into Nazism and the Holocaust? How do you explain how communism – meant to free people – instead became the Gulag Archipelago? All the good intentions, extraordinary human impulses – why do they always end up in death and destruction?

I think C.S. Lewis has the answer.

“…the Christian is in a different position from other people who are trying to be good. They hope, by being good, to please God if there is one; or – if they think there is not – at least they hope to deserve approval from good men. But the Christian thinks any good he does comes from the Christ-life inside him. He does not think God will love us because we are good, but that God will make us good because He loves us; just as the roof of a greenhouse does not attract the sun because it is bright, but becomes bright because the sun shines on it.”

We put the light in the wrong place – or we think it’s coming from the wrong source. And the end of all our noble impulses and fine programs is utterly predictable. Always.


Jason Stasyszen and Sarah Salter are hosting our discussion of Mere Christianity by C.S. Lewis. To see more post on the current chapter, “The Practical Conclusion,” please visit Jason at Connecting to Impact.
Posted by Glynn at 5:00 AM

I really like how CS Lewis said this, "But the Christian thinks any good he does comes from the Christ-life inside him. He does not think God will love us because we are good, but that God will make us good because He loves us..." That's it. There's no way we can make ourselves good- it always winds up going in reverse. Thanks for sharing this. Now I really need to re-read Mere Christianity.

The result of working for our own glory is quite twisted. It's fruit is never quite right.

I also think that government is not the answer. When we look at the world in all its chaos, where does the real light shine? From believers who are following, trusting, obeying God.

Glynn,
I love the compactness of the compelling argument you present here. Thanks for that gift.

Or to quote The Great Divorce (another by Lewis) our work "is like Light and Mirrors, but the Light is the thing."

Glynn, that final thought is golden. So powerful. Thank you.

"And the end of all our noble impulses and fine programs is utterly predictable."

Totally predictable as well as predicted.


Thank God for His abundant Grace and Hope for us in JesusChrist.