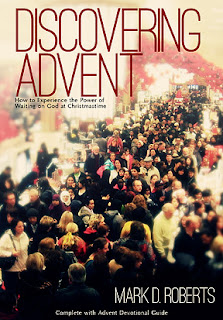 I grew up in a Missouri Synod Lutheran Church in New Orleans. Catholic New Orleans. To say we were aware of our minority status would be an understatement. From St. Louis Cathedral in the French Quarter to the hundreds of Catholic churches and all over the city, and the strong school system that included some of the best high schools in the state, Protestants in general tended to find themselves a relatively small group. All of that would change, particularly after Vatican II and the changes it brought to the Catholic Church, but in the 195os the Catholic Church dominated the religious scene in the city.

My Lutheran church was definitely a liturgical church, but we tended to less liturgical side of things, almost as if we were trying to prove how different we were from the Catholic churches. So there wasn’t much emphasis on the church calendar or the church year. We observed Lent, Easter and Christmas, of course; most everyone did that. But that was about the extent of it.

Flash forward 50 years. The church we now attend, Central Presbyterian Church in suburban St. Louis, doesn’t observe the entire church calendar, but it does include Advent. Each year, for the four Sunday leading up to Christmas, an Advent candle is lit, usually by a different family each week who shares a short devotion and prayer.

I knew what it was, but I didn’t fully understand the meaning of the candles or even the colors associated with Advent until I read Discovering Advent by Mark Roberts. Roberts, the scholar in residence at Laity Lodge and minister, teacher and author, has written an introduction to Advent that explains the meaning of the season well beyond “the weeks leading up to Christmas.”

He tells the story of Advent by telling the story of his own personal experience with the season, from largely nothing to an awareness to a growing appreciation for what it means. For readers like me, this sounds like a very familiar journey, one which helps us reach a deeper understanding of what the Advent season is.

It is a time of waiting and expectation, Roberts says, and a time of anticipation. Each of the candles that are lit has a special significance – waiting for the shepherd, forgiveness, waiting with joy and waiting for the Son. And while Advent is full of symbol and ceremony, the main point, Roberts, says, is to grow “into a deeper, truer relationship with God. It’s sharing our yearning and hope with the community of faith. It’s getting in touch with our need for a Savior and our yearning for the kingdom of God.”

He includes a complete devotional guide, explaining what to do, how to do it, and examples of prayers, devotions and readings.

Today is the first Sunday of Advent. It’s a good day to light an Advent candle. It's a good day to consider waiting for the Shepherd.
Posted by Glynn at 5:00 AM

Downloaded this yesterday and am looking forward to reading it. Lit my first candle this morning.

It is true that Advent is steeped with meaning and depth, but it is up to each of us to make something of it. My church, also a Presby church, tends to be on the liturgical side and follows the church calendar closely. I like that.

Thanks for the tip, Glynn. I adore Advent (grew up Episcopal, so we did it up). Happy New Year!

sounds like a good exercise in reminding us of our daily waiting and expectation.

Goodness, I was still editing my post when your note came in. =) There must be some unwritten rule in blog land about never posting before you've waited just a bit longer than you think is necessary. Thank you dearly for pointing me there. I enjoyed this book thoroughly.

Think I'll have to get this one!