One of the stories in Billy Coffey’s new novel Paper Angels is about 9/11. It’s not about what happened on 9/11, but more about how the central character in the book, Andy Sommerville, reacts to a foreigner while watching the lighting of the annual town Christmas tree. The story is full of symbols – the tree, the season, why the foreigner (a German) hides something in the tree (you have to read it to find out).

Like good writing has a tendency to do, that story reminded me of something else: my own family’s Christmas after 9/11. I was supposed to have flown to Eastern Europe for a missions trip that October; the trip was delayed until the following spring. The economy was starting to reel. War was starting against the Taliban and Osama bin Laden in Afghanistan. We were still feeling the effects – physical, emotional and even spiritual effects – of the deaths in the twin towers, the Pentagon, and that field in Pennsylvania.

That Christmas, the first Lord of the Rings movies opened in theaters. The Fellowship of the Ring would have been a good movie at any time, mostly because of how true it stayed to J.R.R. Tolkien’s original book and because of director Peter Jackson’s imagination. Jackson got it almost exactly right. But that year, that Christmas, the movie became something more than just a good movie. It became a kind of passage from what we had all been before to what we were becoming, or what we might become. My youngest son and I saw the movie four times in the theater. 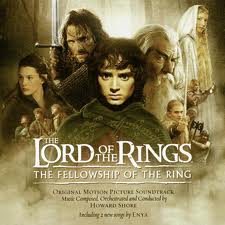 However blissfully unaware we might have been before 9/11, Osama bin Laden taught America a lesson – but not the one he wanted to teach. No, the lesson he taught America was that, like The Fellowship of the Ring so clearly demonstrated, evil walks this world. Forces of evil would gleefully destroy the good if they could. On 9/11, forces of evil were determined to do just that, bankrolled by a rich man whose money came from his father.

In the movie and its sequels, the fate of Middle Earth rests first on a small group of men, an elf, a dwarf, a wizard and four hobbits, and then only on the shoulders of two hobbits. They continue on, against impossible odds, because, as Gandalf the wizard says, “It is what we do with the time we have” that matters.

That could be a theme of Coffey’s Paper Angels. If you believe in God as Billy Coffey does and as I do, what matters is the time we have. During that time we are being fashioned into the people we were created to be. That doesn’t mean life is always understandable. It’s not. Many things are unfair. Many things don’t make sense. Senseless tragedies happen. People die because some evil mind in the mountains of Afghanistan wants to make a point and thinks he has to destroy something.

Sometimes we feel like hobbits, struggling through the mines of Moria, or the dead zone before the land of Sauron, or the cave with the giant spider. We seem so small, so insignificant in the grand scheme of things.

And yet we matter. We are part of something larger than ourselves. We have a part to play. We are being hammered and sculpted into something better. The anvil often hurts; the chisel cuts and chips. Sometimes it feels like everything cracks and shatters.

That’s what happens to Andy Sommerville in Paper Angels. The power of Coffey’s writing and stories is that we are each our own version of Andy. We recognize him because we are him.

And out of the pain and the hurt and the tragedy will come something good, something new, something beautiful, because the something comes from God.

My review of Paper Angels.
Posted by Glynn at 5:00 AM

Email ThisBlogThis!Share to TwitterShare to FacebookShare to Pinterest
Labels: 9/11, Billy Coffey, Fellowship of the Ring, Lord of the Rings, Paper Angels

This is one of the masterful chapters in Billy's book, so much of which stays with me long after I finished the last page. I hadn't thought of it in relation to The Lord of the Rings; your relating of it opens out the chapter even more.

I think I gravitate towards stories of good versus evil since 9/11, because like you said, it was proof that evil was very real, not just a concept.

And I love your LOTR analogy. I read the 23 page grand jury report about the investigation of Coach Sandusky and I can't help but draw my own conclusions. Men wanting to hold on to power sacrifice what it right to retain it, rather than destroy the source of evil when they had a chance to do so. And the power which ultimately leads to their destruction. Maybe that's a stretch, but those victims could have used a few more hobbits and a lot fewer kings.

Lion King. "You are more than you have become." Comes to mind. Well done Glynn, sculpted the pieces to gether well.

Wow, Glynn. That was simply wonderful. And thank you so much.