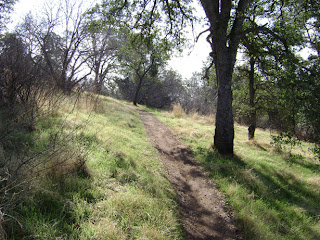 The last several months have been a study in contrasts. I’ve had a disc/back problem that began in June and reached its worst point in August, but is now slowly (very slowly) improving. I told my wife a couple of nights ago that it has sometimes felt that a third person has joined the family: Mr. Pain. She agreed.

I’ve been dealing with the problem on a number of levels – physical therapy, learning to deal with the stress at work (there’s no question that the problem is stress-related), curtailing physical activity (no biking for the last five months), taking pain meds when needed – a whole array of things. Improvement is happening but usually measured in tiny steps.

In some strange way, this back pain problem is connected to this book of mine that is actually going to see the light of day.

The writing of the novel began with hearing a song by the Greek tenor Mario Frangoulis in 2002, while I was flying to San Francisco for a conference. The song was “Luna Rossa,” or “Red Moon,” and sung in Italian. I didn’t understand 99 percent of the words. But the music, for whatever reason, evoked an image in my mind of a priest dancing on a beach.

The image wouldn’t let go. For three years, I developed a story in my head, based on that one image. The beach disappeared at some point; the priest moved to Scotland and became a student studying to be an Anglican priest, who falls in love with the wrong person. Things developed from there. I wrote the entire novel, or most of it, in my head before the first word ever hit the computer screen. I also didn’t say a word about this to anyone, including family.

In 2005, for reasons unknown, I started typing the story. Something odd happened. After I typed a particular scene on the computer, it stopped running through my head. It was if I was physically transferring the thoughts in my head to the screen in front of me. Something else happened: it flowed like a tidal wave. I had more words than could fit in one novel. By the time the flow subsided, I had enough words for two novels.

I spent the next five years typing and rewriting and editing and typing. The story grew chronologically. It grew from a romance to something else again. After a while, I understood what I was doing – telling the life story of this student, a young man who has been called to ministry but finds himself living a very different life than what he thought had planned.

I did shop the story to a few agents. All returned the standard refusal. An editor actually read a piece of the manuscript at a writer’s conference, and when I met her to discuss it, the first question she asked was “What happened to the couple?” I saw that as a good sign.

I kept editing and rewriting and cutting. By this time, my wife knew what was going on. She read a version of the manuscript and cried at the right places. She suggested I try self-publishing, but I didn’t think I was ready to do that.

Last year, I mentioned this “work in progress” to a friend, who asked to read the manuscript. I reluctantly agreed; other than my wife, who is a good editor but loves me too much to be a totally objective reader, no one had read it. But I gave him the manuscript to read.

His response was brief, and I didn’t at first know what to make of it: “It made me cry.”

A few months later, he came back to me. “I want to publish your book.” He had already published two books of his own, and was working on a third by another person. I wanted to think about it. He kept after me. And one day, when he said, “Are you going to let me publish your book,” I surprised him and myself when I said “Let’s do it.”

I’m now on the throes of the realities of book publishing. It is work. It is not hard work, but it is a lot of work. And a lot of nervous waiting, while an experienced editor reads it, edits it and assess it. And then the publisher goes through it with a fine tooth comb, and asks for changes. And some rewriting. Proofing. Book cover design. Developing a marketing plan. Writing a number of related documents. The publisher (and book designer) asked for a summary that could go on the back cover. You would think I would know the story well enough by now to write a simple summary. But try taking 92,000 words and editing them into 50. More work. But good work.

And I’ve been simultaneously dealing with the back pain issue. I believe the two events are related – the pain and the book. Something is being cleaned up and cleaned out, while something new is being created. A new path is opening up as I clear out all the choking, overgrown stuff form the old path.

The ebook version of the novel will appear in December; the paperback version in January. We’re already talking about the sequel, which is written but not edited. I already know it will be a lot of work. But the work will be good.

Over at Faith Barista, Bonnie Gray has asked the question, “What is the current path God has you on?” I don’t know if I have a complete answer to that question, but the answer is becoming clearer.

Photograph: Nature Trail by Vince Mig via Public Domain Pictures. Used with permission.
Posted by Glynn at 6:00 AM

Wow, Glynn. I find the writing process so fascinating. It's so different from writer to writer and even from project to project. I loved the idea that a song created a character and a story that grabbed onto you and wouldn't let go. I admire you for pursuing that story and all the paths it took you down. And I'm sort of jealous of your friend who got to read it first. Can't wait to read it.

Thanks for sharing your "pain" and your story about a story.

It's exciting times for you...

This Is so encouraging. May the path continue in It's develope as you walk on

This
is
so
exciting!

and I am so excited to order my ebook in December!!!!!

and
I
am
so
impressed
and in awe
and happy
and

did I mention...
excited?

when pregnant... expect back pain.

when in labour... expect back pain.


Back pain is part of birthing.

Thank you for sharing this. First I want to say - I'm praying for you. Pain isn't always bad, it alerts us to do something. You are and did. So, I'll be praying for the pain to be replaced with passion.

Also. I know this guy: "this student, a young man who has been called to ministry but finds himself living a very different life than what he thought had planned...falls in love with the wrong person..." That guy - that's me. wow, spooky.

Can't wait to read the book and I appreciate you sharing the writing process, I learned from it.

Oh Glynn I'm so excited for you! Way to go! Stepping out in faith is a bit scarey for sure. I'm getting a real spark to write a book. I just happened on all these writer blogs and it seems so possible : ) I love hearing about your marriage too. You make a wonderful couple. I'll say a prayer for you and ze book and ze back! Let us know when we can get a copy. I'm going to get a Kindle. I promise. Oh Praise God! His ways are not like ours and His blessings beyond imagination.

So interesting to learn the background of the book. Looking forward to its release date.

I find that often pain {physical or emotional} is oft associated with acts of faith. It is like developing a muscle. Can't wait to read your book!

Thanks for sharing this Glynn. Really looking forward to the book.

I'm reading right now an essay by Robert Louis Stevenson about how he came to write "Treasure Island."

Can't wait to read it. Praying. Over lots of things you've told us here.

i also enjoyed this story about the story.

Glynn, I am so glad you are getting this opportunity. It's like birthing a baby, it sounds like. A Big one, too! I am so looking forward to reading this...Thanks for sharing the scoop on how you got to this point.

You may never know how you were used to kick my tail to move forward with a few writing and other door openings that have been occurring -- and I've been trying to do the right thing, but been nervous about results. This has been a big help. And my reading it TODAY, not when you posted it, means a lot, too. Bless your head [and your back].