"The Woods Murder" by Roy Lewis 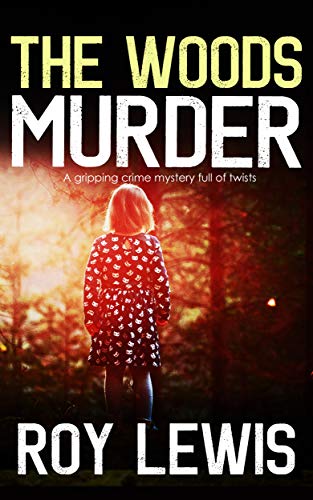 An attorney is murdered in a small town. The police force is already grappling with the brutal death of a schoolgirl in the woods, and months have passed without a single good lead. Inspector John Crow is brought in from Scotland Yard to manage the lawyer’s murder investigation, much to the irritation of the local detective chief inspector.

What he finds seems to lead nowhere, and fast. The lawyer was highly regarded, but a notorious womanizer. He’d hired a private detective for a case of suspected infidelity but never reported to results to the client. His housekeeper was also his mistress, who tolerated his wanderings. And everyone involved seems to be holding back information that could lead to the killer.

The Woods Murder is the third in the Inspector Crow mystery series by British author Roy Lewis. It’s a tale of murder with root far into the past, entangled with another murder investigation, police officers with chips on their shoulders who often make mistakes and miss the obvious, and a young woman thinking she’s protecting her boyfriend but leading herself into imminent danger.

In addition to offer an intriguing story, The Woods Murder provides a more in-depth look at Inspector Crow than the first two novels in the series. He’s shown as his speculative best as he sails disastrously near the wrong suspect.

A Cotswolds Murder by Roy Lewis
Posted by Glynn at 5:00 AM