"To Be Read at Dusk" by Charles Dickens 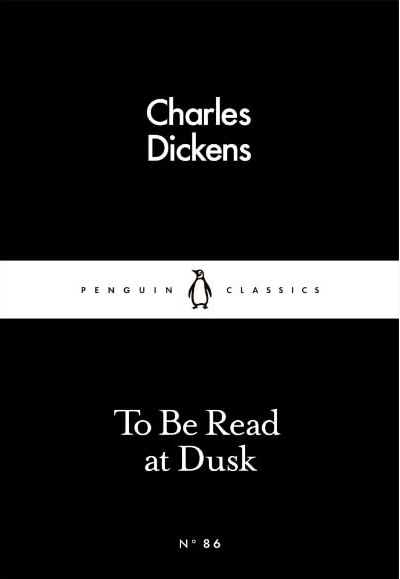 Charles Dickens loved a good ghost story. A Christmas Carol. for example, is many things – a tale of Christmas that changed the holiday forever, a moral injunction to care for those less well off, and a reminder not to let the past strangle the present and the future. But it is, at its most basic, a ghost story.

For some years, three ghost stories by Dickens have been bundled together and published in a short volume under the title of the first story, To Be Read at Dusk. They were originally published as short stories in various magazines between 1852 and 1866.

The telling of the title story, “To Be Read at Dusk,” is set in Switzerland, while the story itself is set in Italy. A traveler is staying at a Swiss inn, along with five couriers of various nationalities. He’s quietly listening to their conversation, and soon enough it turns to a ghost story. A newlywed couple from England rent a villa in Italy, and all seems to be going well. But the young bride is terrified of a particular face, and it’s a face of someone she doesn’t know. Almost inevitably, she will meet the bearer of that face.

“In “The Signalman,” a traveler at a train station calls out to the signalman and terrifies the man. The traveler is taken aback; he doesn’t know why the signalman should react the way he does. The signalman tells him a story, and the traveler is left wondering if he himself might be a ghost or something supernatural.

The third story is “The Trial for Murder.” A youngish man living in the Piccadilly section of London is startled at home one night to see what looks like a dead man beckoning him at the door. No one’s there, and the man might have thought nothing of it. Except he’s called to be on a jury, and is, in fact, elected jury foreman. And the trial involves the man whose apparition was seen at the door.

More than 150 years have passed t=since the stories were first published, but the three tales in “To Be Read at Dusk” remain entertaining, and slightly chilling, ghost stories.