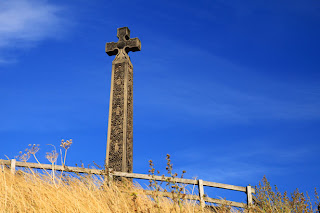 I came of age in the late 1960s and early 1970s, my high school and college years spanning 1965 to 1973. Southern Louisiana was not Berkeley, but it was also not immune from the political, social and economic changes affecting the United States.

A short and not inclusive list: the protests against the Vietnam war, the assassinations of Martin Luther King and Bobby Kennedy, the Yippies disrupting the 1968 Democratic convention, the Prague Spring and the resulting Soviet invasion of Czechoslovakia, the pill, the growing use of marijuana and drugs, Elvis giving way to the Beatles and the Rolling Stones, acid rock, the shootings at Kent State, riots, price controls, the first oil embargo and skyrocketing energy prices.

We heard about, experimented with and experienced peace, liberation and freedom. It must have been a scary time to be a parent and grandparent. I can remember my grandmother referring to me as a Beatle because my hair was longer than it had been when I was a child. She was trying to convince me to cut it, and it was the strongest thing she could think of to call me.

So much of what society considered as “freedom” turned out to be anything but. Much of it was simple license to do whatever we wanted, regardless of the consequences. And there were consequences. Many of the stresses, strains and fractures we live and deal with today can be traced to the craziness of the 1960s and 1970s.

At the end of my college years, I became a Christian, and began – and I emphasize the word “began” – to experience what I can only call freedom. It sounds almost contradictory – I became a Christian and embraced freedom. But it was a very different kind of freedom, a freedom based on love.

It’s a freedom of my mind – to question and doubt, to explore, to be able not to accept anything simply because it’s being espoused by the guru of the month on Oprah. This freedom gives me the ability to understand what’s gold, and what’s dross.

It’s a freedom of the soul. I don’t get caught up in the creation vs. evolution debate, or all the excitement the so-called “new atheists” generate, because my soul knows what’s temporal and what’s eternal.

I make mistakes. I fail. I fall down. I disappoint people. None of those things are “okay.” But they happen because I have the freedom to be taught and to learn.

These are things that no hand of man can take away.


Over at Faith Barista, Bonnie Gray has asked the question, “How is God setting you free?” To see more posts on freedom, visit her place.

Photograph: Old Celtic Cross by Petr Kratochvil via Public Domain Pictures. Used with persmission.
Posted by Glynn at 5:00 AM

I think freedom is a difficult thing to explain and I think you nailed it. And to be called a Beetle...hopefully not Ringo.

Amen, that was a powerful post and so well put bro'

FREEDOM! The cry of every generation. Why is it that bondage comes so much easier?
I once hear it said that true freedom is the freedom to do what is right. Thanks for the post Glynn.

Thanks for joining the Jam today. I really enjoyed your post.

I especially appreciate the freedom of the soul, of seeing and valuing what's eternal and not getting caught up in the temporal. That always tripped me up and trapped me before (and honestly, still tries to today).

Freedom of the soul -- nice!

As always Glynn -- you get my thinking turning around to face myself all over again!

Thanks for making a distinction between freedom and license to do whatever strikes your fancy. You've done a great job of giving freedom some concrete ideas. Thank you.

I remember that my parents had six o'clock news on every night around supper time. What was displayed for my eyes to see was sounds and sights of the vietnam war. Brown mud, death, dead bare bodies along roadsides, violence, wailing. It is etched im my memory, a part of me. I remember watching John Kennedy being shot beside his young wife, and the news of his death. I remember seeing the marches for peace and the marches for equality, and when the marches turned deadly. I also experienced the hidden power, that was behind flower power, which took many of that generation and the ripples that have continued to. As it took me off the path for years not without consequences or regret.

Though i realize, nothing has changed. The power of evil and the power of God is still the choice for us to make. And so, a continual battle. And people still look for freedom in many places and many ways. My hope and prayer is, even though it does not look like freedom, that the choice of many will be God in Jesus and the Spirit of God to be with them now and forever.

And i pray for all who have chosen Jesus as their Lord, to be forever given the faith to continue to stand and live in that choice.

"a freedom that embraces the idea that I am a part of God’s plan – a plan I do not know or have access to but I know how it ends."

I have been a believer for a long time and what you just said is now beginning to be real in my heart and not just my head.

Your Freedom post today was not saccharin sweet with platitudes or lofty sounding liberty bell chiches.

It was heartfelt, passionate, and quiet confidence in the freedom of the soul.

It was beautiful and I hope everyone who visited Faith Barista today came to read and drink this brew in.

IT's not just for today, but for everyday of life.

Thank you, Glynn. What a tumultuous time you lived in... I'm thinking it gives you a deeper perspective for the times we live in now. Which is new for me as a generation from the 80's Jelly Bean decade. :)

That freedom is one that is hard to explain to someone who has not felt it, isn't it? But you do a fabulous job here, Glynn. I love how you compare it to all these other counterfeits. Great storytelling here, Glynn.

I love you, Glynn.

I love how you weave your stories into lessons as well as things to think about...