Belonging to an age 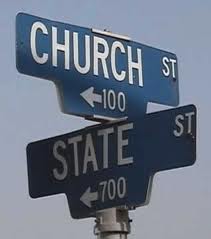 It comes from a Latin word that means “of a generation” or “belonging to an age.” And if there ever were a word that belonged to our age, it is the word “secular.”

It is a word about which we could fill volumes; one blog post will be insufficient to do much beyond raising a few questions.

For more than two centuries, secularism – however it’s defined, and it’s defined in numerous ways – has been in the ascendant, at least in the Western cultures of Europe and its descendants -- North America and Australia, for example. Some define it as a belief that government decisions should not be made on the basis of religious considerations; some as a theory of modernization; some as the rationale for no state church; some as a reasoning for the so-called separation of church and state; and others some combination of the above.

Despite all of our concerns about “secular humanism” being as much a religion as anything that comes out of a church, synagogue or mosque,” the fact is that it is not a religion, and trying to argue with “secular humanists” that it is indeed a religion is a lost cause. But secularism is most certainly a worldview, a particular way of looking at the world, an insistence that religion be confined to its proper sphere, which does not include government in all its forms.

The twentieth century, fertilized by its predecessors, gave birth to two of the most extreme, vicious and murderous forms of secularism ever experienced: Nazism and communism. (One could argue, I suppose, that both were actually religions in that the leaders were treated – almost worshipped – as gods, but Hitler, Lenin and Stalin never claimed to be gods.) The Spanish Inquisition couldn’t hold a candle to the sheer scale of barbarity dreamed up by those three figures. And before we start pointing out the obvious about the Crusades, let us also point out that before the Crusades there were the jihads that conquered the Christian Roman Empire in Africa, the East and Spain. The Crusades were about “winning back” what had been lost. 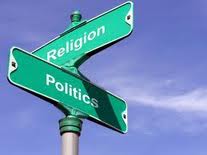 Europe by far is the most secular of societies and regions, but Europe and its ruling elites are encountering something that no amount of understanding and accommodation seems able to calm, and that is the growing presence of Islam, and specifically radical Islam. Others more knowledgeable than I am, including many secular thinkers like Bruce Bawer, see secularism, and secular governments, as ultimately incapable of dealing with radical Islam.

Secularism is a product of modernism, and modernism loves to specialize and compartmentalize. Modernism has had an enormous influence on the church, which for a very long time abandoned the work place and the public square of ideas as “secular” things that weren’t as important as “church” things. We bought that argument, and forgot that our faith applies to all things. This doesn’t mean that we have to run “Christian” candidates for public office or evangelize with tracts among the cubicles, but it does mean that we are called to live out our faith seven days a week.

I am a Christian living in the United States, ostensibly a secular nation shot through with Christian history and sensibilities, even if it tries to deny it. I practice my faith in perfect freedom. No one tells me to go to church on Sunday; no one prevents me from going to church on Sunday.

I had both of my children educated in Catholic and Christian schools, not because I was concerned about “godless secular humanism” in public schools but because three years of public schools for my oldest – grades four through six – proved that our local district schools were about things other than education – self-esteem being the leading goal at the time. Having a great sense of self-esteem wasn’t going to be worth much if my children couldn’t spell or write a simple declarative sentence.

And it is there, I think, that I’ve had my closest brush with secularism. I saw it, I saw its effects, and I realized that as a worldview it is ultimately both destructive and self-destructive.

It’s a One Word Blog Carnival hosted by Peter Pollock, and the word is “secular.” To see more posts, please visit Peter at Rediscovering the Church.
Posted by Glynn at 5:00 AM

I am thankful for my Christian heritage, going all the way back to the founding fathers but most especially my parents. I look at my daughters who are in their early 20's and their lives are bombarded with all sorts of secularism that even a generation ago didn't exist. Thanks for sharing today.

I'm still baffled by how people view Christianity who aren't Christian. Is "Love your neighbor as yourself," really that threatening? I love the photos on this post and the thought provoking thoughts. I have a burden for the school system. We pay a lot of taxes (property tax is higher than our mortgage) with no input into what is being taught. I went to a secular school it was very hard to learn. There wasn't any discipline. Why is it we only vote for representatives, instead of the stuff that really matters?

I would love to talk and talk and talk.. or write and write and write ... comments on your post. However, all I can basically say is: Amen! Don't think I could ever explain it so accurately and clearly. [Going to be trying to "Word" this later on today, but no matter what I do, it won't even come close to your precision. BTW, I liked your Crusades comment; I'd never thought of it just that way.]

We do like to pride ourselves on being a Christian nation, but I agree with you that we are a secular nation, with Christians in it....

Great breakdown, Glynn. Your synopsis rings true with me and raises some good questions too. Thanks.

Glynn, excellent post, very informative. And I liked how you closed it with your personal experience.

in all things.
what more can one say?

Well spoken and you have dug very deep! May we consider our lives a mix of mundane secular things that cannot be avoided and at the same time, spply spiritual principles daily. My children were in public school in a different time, and until they reached college, they were sheltered by our church involvment. The Church and the home must be examples for our children. May God help us when the church becomes secular.

And all being said...we must pray.

Thank you for your depth, Glynn. The word that kept calling out to me was your use of "modernism". I kept thinking of modern in the here and now. So modernism is short-sighted. You see that in secular Europe as you state. No one considered the long-term consequences of their view of secularism and now they are suffering for it. There's a lesson to be learned in there somewhere.