For the least of these

Two people whose blogs I follow are Ann Voskamp and Shaun Groves. Ann is the bestselling author of One Thousand Gifts; she and her husband David farm in Ontario, Canada. She’s also a contributing editor at The High Calling, and I was able to meet her in person last year at Laity Lodge. Shaun is a recording artist based in Nashville. 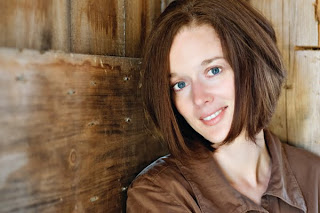 Ann and Shaun are part of a team for Compassion International helping to publicize the need for sponsoring children. They travel to some rather exotic places – not exactly the places you or I would normally go for a vacation, even a working vacation. Shaun has traveled to Ethiopia and East India for Compassion, and he and Ann have previously been in South America.

For the past several days, they’ve been  in Ecuador. Not Quito, the capital city, mind you, but out in the areas near and in small towns and  the Amazon jungle.

Ann even convinced her husband to come along for this trip, despite his worries for the farm back home. He was particularly concerned, she writes, about the pigs being taken care of, and what should he find when they’re visiting a small farmer in Ecuador but pigs.

She and Shaun have been posting for the past several days, and posting both photos and videos. 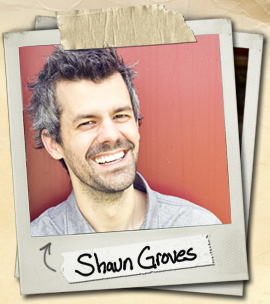 Shaun has been posting about a little boy named Jivinson, who keeps a memento on the wall of his house from his heroes – a letter from the couple who sponsor him; how a church – suffering persecution and occasional violence – began to grow; and several photo essays, including one, “Ecuadorian for Home,” that will give you some sense of how too many people of the world live – and these are among some of the more fortunate ones.

Ann has been writing about a 15-year-old boy named Jonathan, whose story will break your heart and fill it with hope; taking pictures she calls “portraits in need;” and a young girl named Lidia.

This week, I started listening to a music CD by Shaun entitled “Third World Symphony,” which is helping support Compassion. (I bought the CD because I’m iPod-impaired.) You can listen to what Shaun and Ann have been writing about in their travels, translated into songs sung from the soul.

Here is “All is Grace,” one of the songs from Shaun’s CD, inspired by Ann’s book One Thousand Gifts:


For more than a decade, until the organization’s project was completed earlier this year, we sponsored a little boy in Kenya. You can’t imagine the joy of receiving letters from a little boy in a remote village whose life has been profoundly changed because you cared enough to give the equivalent of a dollar a day.

We will shortly be sponsoring two children – another boy in Kenya a girl in an orphanage in India. Read Ann’s and Shaun’s blogs, and please consider sponsoring a child.

You can’t imagine the blessing.
Posted by Glynn at 5:00 AM

It's hard for me to read their posts. First because they break my heart. And second because I want so badly to take one of these trips. Isn't that awful?

We've sponsored a little girl from Kenya for years. What a blessing! Some day--God willing--I'd so love to meet her.

Thanks Glynn & friends for opening the blinds & shedding The Light.

I've been following Ann's posts; a while ago I came across Shaun via Ann (he's very talented). They spread so many blessings throughout the world.

inspiring & thought-provoking post. thank you for introducing me to these movers & shakers ;-)

It's a humble gift to co-labor with you, Glynn... You do good work. Excellence.

Thank you for all the ways you go into the world with His light.

These posts make the children so real and the need so great.

Wonderful to introduce Ann and Shaun and their stories and their travels and their creativity to your readers, Glynn. It's all so good.

We sponsor one of our Ugandan "granddaughters" ... amazing story of how God dropped her into our lives. She's the only one at the present that we officially sponsor, but over the past 20 years we've always been involved with Ugandans. It makes such a huge difference for them... but also for US. Keeps our heart open to see where/how the Lord wants us to follow His specific path for us.