Hemingway, a bookstore, a medieval church, and a tapestry 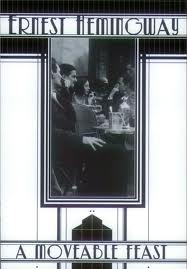 I read Ernest Hemingway’s A Moveable Feast recently, his memoir of the Paris literary scene in the 1920s. The book was published in 1964 after his death, and it was written just a few years before he committed suicide in 1961.
The cast of characters is impressive. In addition to Hemingway himself and his first wife Hadley, he writes in detail about Gertrude Stein, James Joyce, Ezra Pound, Ford Madox Ford and, most of all, F. Scott Fitzgerald and his wife Zelda. There are oddities I’d forgotten since I read it the first time decades ago – how he never refers to Stein’s companion Alice Toklas by name, always calling her “the friend;” what an unflattering portrait he draws of Zelda Fitzgerald; the story of the motor trip with Scott Fitzgerald; and his rather candid account of his own unfaithfulness to his wife. I was also struck by something that I didn’t notice the first time – Hemingway was rather obsessed with the subject of Hemingway.
He devotes one chapter to Shakespeare and Company, the English-language bookstore in Paris that has championed writers from the very beginning, even loaning them books to return at their leisure. In Hemingway’s Paris, the bookstore was on the Rue d’Odeon on the Left Bank. It was closed from 1941 (the Nazis) to 1951. Today, it is still on the Left Bank but on the Rue de la Bucherie, very close to the Seine. 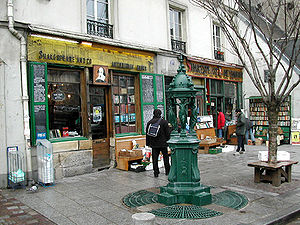 In 1999, we were in Paris, part of our 25th anniversary celebration. The phrase of the moment while we were there was en strike, which means the same thing in French as it does in English. The state workers were upset with proposed changes in the pension law, and were staging wildcat strikes at all the museums. You never knew when something would be open and when the workers would be en strike. (This lasted the entire week we were there. And the day we left, we arrived at the airport to discover that the baggage handlers were en strike in sympathy, and we had to take all of our luggage through x-ray and security, all the way to the gate, where the flight crew and airport office staff loaded it on the plane.) 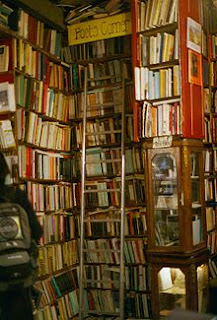 Our first full day in Paris, we arrived at the Louvre, to find the workers there en strike. So we walked to Notre Dame Cathedral (the priests were not en strike) and then crossed the Seine to have lunch at a little street café two doors down from Shakespeare and Company. I knew the bookstore was in a different place than the 1920s, but it was the same bookstore in spirit. After lunch, we explored the shop. I had to. This was not an option.

After getting my fill of books, we walked to another place nearby, St. Julien-le-Pauvre Church, reputed to be the oldest in Paris (13th century and built in the Gothic style). The building has an interesting history (it was almost demolished during the French Revolution) but was largely restored in the 19th century and eventually given to the Eastern Catholic Melkite community in 1889. 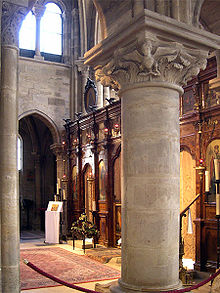 The pictures of it I see online today are not how I remember it when we visited. Now the pictures are light and almost airy; what I remember was rather dark and medieval. Perhaps they installed new lighting. But its age – the fact that it predated Notre Dame and almost all of the rest of Paris – was what enchanted me. It was one of my favorite places of the visit.

And we left St. Julien and walked a few blocks (“Look! The University of Paris!”) to the Cluny Museum, France’s national museum of the Middle Ages, my second-most favorite stop of our Paris visit (and no one was en strike there). The Cluny houses the famous “Woman and the Unicorn” tapestry, but it also had a display of the heads of the apostles – sculptures “decapitated” during the French Revolution from the exterior of Notre Dame. The heads disappeared for almost 150 years, until someone digging it their back yard in a completely different part of Paris found them. 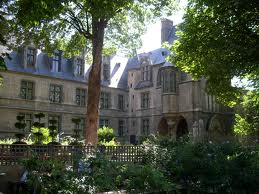 And I’d forgotten about all of this until Hemingway reminded me in A Moveable Feast. I enjoyed the book, by the way, but he did have a tendency to obsess about himself.
Posted by Glynn at 5:00 AM

I taught Ernest Hemingway to my sophomores; we read Farewell to Arms, and almost all of my students failed to engage in his style. They liked the story, as much as a sophomore can like a story they are required to read, but they just had trouble with his approach. A few of my students, however, fell in love with him and read his canon. I was just happy to get my students to "appreciate" it, if that is even what it deserved.

I liked Moveable Feast, but I bet I would like if better if I could have seen the places he wished to describe -- that's what fell short for me in that work. Hemingway just lacked the words it would take to describe a place like Paris. He never had trouble describing other people, especially those of which he felt in competition with... as for Alice, well Hemingway was a man's man.

As a writer, I admire Hemingway's capturing of how the affects of WW1 would shift this country's young people, not just the veterans of that war, but that generation in such a significant way, but I can never admire Hemingway, the man.

Thanks for this view of that work and your memories of Paris.

And, I just linked you to my blog for my former students to read....

and "if" should be "it" in the above comment -- I got excited about your blog and my husband needed me to hold the cat and I turned over my mug of coffee --- and well, I hit "publish your comment" before I proof read --

Your post takes me back to my first visit to Paris and my visits to many of the same places. And yes, there were strikes when I was there; in fact, every time I've been workers have been on strikes or protesting.

I read all of Hemingway at one point but have not revisited his work in years. You keep us amazed that you re-read and at the same time keep up with everything new.

I find your comments about him being obsessed with himself amusing for some reason ... and so agree.

Wanted to drop you a comment after you were kind enough to visit my blog. Saw your post on Hemingway and found it fascinating. He was rather full of himself, but at the same time, he was also Papa Hemingway and his house in Key West is a must see if you ever make it down to the Florida Keys. I think the 6 toed cats are now gone (kicked out by the city unfortunately) but it is a great place to check out. Thanks for posting such an interesting piece,